Is the UK ready for a rapid rise in electric vehicles?

Today, there are about 450,000 plug-in electric vehicles on the road in the UK – half are pure battery, half are hybrid. This means that 450,000 people in the UK have got past those first fears set out above and have made the jump to EV. It is forecast that by 2025 that number will increase to about 2 million, which will only increase further from there.

With the emergence of new and greater numbers of electric vehicles, and the standardisation of decarbonising transport, the whole fuelling experience will change as we know it.

It is said that the between 80 and 90% of charging typically happens either at home or at the workplace, which leads us to several questions. Where do we invest new chargers and infrastructure? How many do we provide? In what location?

Typically the factors people consider, and worry about, before making the switch to an electric vehicle include:
– What is the range of the vehicle?
– What if I’m making a journey outside the range of the vehicle?
– What happens if the battery runs out when I’m driving?
– Can I get a charger to charge at home?
– Where and how do I park and charge if I don’t have a driveway?

Today, there are about 450,000 plug-in electric vehicles on the road in the UK – half are pure battery, half are hybrid. This means that 450,000 people in the UK have got past those first fears set out above and have made the jump to EV. It is forecast that by 2025 that number will increase to about 2 million, which will only increase further from there.

To get to that point though, people’s fears need to be alleviated in regard to the above. People want the confidence that the network and infrastructure is in place to be able to charge their vehicles wherever they travel – in a similar fashion to existing service stations.

The government have acknowledged this in the form of ‘Project Rapid’ allocated in the March budget last year, which will expand the rapid electric charging network across the UK. The aim is to have at least 6 high power open access chargepoints at each motorway service area across England by 2023, increasing to be around 2,500 high powered chargepoints across England’s motorways and major A roads by 2030, and increasing again to 6,000 by 2035.

Further details of this can be found in the policy paper “Government vision for the rapid chargepoint network in England”.

Iceni Transport is well versed in this sector having assisted TfL with the implementation of their network of Rapid Charging Points for electric vehicles across London. To date, Iceni Transport has helped TfL deliver charging points at approximately 100 sites across many of the London Boroughs, assisting with site selection, planning and design. If you feel that we can assist you with any of your queries, get in touch. 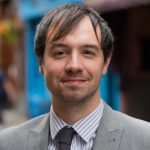 END_OF_DOCUMENT_TOKEN_TO_BE_REPLACED
We use cookies on our website to give you the most relevant experience by remembering your preferences and repeat visits. By clicking “Accept”, you consent to the use of ALL the cookies.
In case of sale of your personal information, you may opt out by using the link Do not sell my personal information.
Cookie settingsACCEPT
Manage consent