Maybe for most, the idea of building your own home feels a bit too ‘Grand Designs’ to be a realistic goal, but there is a growing demand with increasing numbers adding themselves to self and custom build registers with their local councils or on independent databases, averaging at around 14,000 new additions per annum across England.

The UK Self and Custom Build market is in its infancy, but could and should we be embracing it more and following in the footsteps of our New Zealand cousins?

This time last year I was visiting New Zealand for a friend’s wedding (and to try and outrun the pandemic, but to no avail). Putting aside the stunning scenery and lovely people, something I kept noticing was how many people appeared to have built their own home, with many of the housing estates made up of custom built homes. Indeed, friends we stayed with built their home only a few years ago. Clearly, the dream of building your own home was quite achievable in New Zealand.

I’ve later learnt that it’s common place in New Zealand for roads and other infrastructure to be laid down and the scheme split into plots to be sold off in small groups or individually to housebuilders or private owners. In addition, a key theme is customisation. Housebuilders and architects have catalogues of pre-designed houses which can be customised to an individual’s needs and wants, whether this is adding on extensions or even as little as shifting an internal wall by a few inches. Alternatively, someone could design their home from scratch. Either way, it was clear that New Zealand has embraced a self and custom build model.

Conversely, in the UK, Self and Custom Housebuilding remains in its infancy. Maybe for most, the idea of building your own home feels a bit too ‘Grand Designs’ to be a realistic goal, but there is a growing demand with increasing numbers adding themselves to self and custom build registers with their local councils or on independent databases, averaging at around 14,000 new additions per annum across England. Even so, the common consensus in the industry is that those numbers dramatically underestimate the actual levels of demand.

Local Authorities are now required by law to consent enough homes to meet the demands of those on their self and custom build housing registers. There are varying levels of success on this with many failing to grant any at all (approximately 19% of Local Authorities) whereas others, such as Cherwell and Cornwall are providing thousands. Cherwell is home to the 1,900 dwelling Graven Hill project, the largest self-build development in the UK. Despite this, average permissions per annum are coming in between 9,000-10,000, approximately 5,000 pa below meeting a conservative estimate of demand. With many Local Authorities continuing to sidestep allocating land for self and custom build housing in emerging Local Plans, the situation is unlikely to change soon unless central government can find an appropriate carrot (or stick) to change their views.

At Iceni we’ve been doing our bit to increase supply. We’re working on a number of projects including those in Thurrock, Basildon, Winchester, Havering, and Lewes. But there needs to be more opportunities to do this across the country, without relying on Kevin McCloud to keep the dream of building your own home alive. 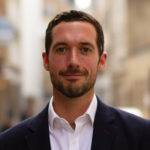 Paul Chandler-King Assistant Planner,Planning
END_OF_DOCUMENT_TOKEN_TO_BE_REPLACED
We use cookies on our website to give you the most relevant experience by remembering your preferences and repeat visits. By clicking “Accept”, you consent to the use of ALL the cookies.
In case of sale of your personal information, you may opt out by using the link Do not sell my personal information.
Cookie settingsACCEPT
Manage consent