Adaptive reuse of our existing buildings ought to be a philosophical decision and not a government mandate.

Adaptive reuse of our existing buildings ought to be a philosophical decision and not a government mandate.

With “Build build build” as the current motto in the industry, too often, the historic environment is cast as a problem rather than a solution. The complex range of regulations that comprise the heritage protection system are sometimes viewed as a barrier to change, rather than an enabler of the sorts of progressive adjustments that will need to be made if we are to avoid overheating the planet. Add to that the cost of refurbishing and adapting older buildings, which requires specialist skills and is always higher than demolition and building new. The current VAT rates, at 20% for refurbishment and 0% for new build, financially incentivise developers to demolish existing buildings and build new. These VAT rules also make it difficult and more expensive for homeowners to sympathetically adapt their older buildings to make them more efficient.

Recent surveys undertaken by Historic England (February, 2020), show there are over 200,000 empty new homes in England, whilst thousands of historic buildings are neglected or not used to their full potential. Paradoxically, when looking for family homes to move to, we are always seeking ‘the home with character and period features’.

If the UK is to really meet its housing targets and be carbon neutral by 2050, we must use our underused and redundant historic buildings – transforming them sympathetically, rather than demolishing and building new. This could dramatically improve a building’s energy efficiency and would make substantial energy savings because the CO₂ emissions already embodied within existing buildings would not be lost through demolition.

And it is not just homes. We also need to consider our former mills. Many have been reimagined into new centres of industry, offices and trendy living spaces whilst others remain ready to be brought back to life once again. Several institutional and public buildings are facing severe challenges as our lifestyles continue to evolve through these tough times. Economic cuts within public bodies has meant the closure of several civic buildings such as historic libraries, town halls, police stations and public baths. The same goes for infrastructure buildings such as railway sheds, power stations and pumping stations.

Admittedly, not all historic buildings can be adapted. But adaptive reuse ought to be a philosophical decision of rehabilitation and not a government mandate. The notion that we have to abide by specific policies or laws in order to convert our existing building stock needs a paradigm shift. Our first response to the built form should be the process of making possible a compatible use for a property through repair, alterations, and additions while preserving those portions or features which convey its historical, cultural, or architectural values.

Iceni Built Heritage & Townscape team have been working successfully with architects and engineers to find creative solutions for repurposing existing buildings, as well as creating new buildings within their settings. Reduce, reuse and recycle are imperatives that apply as much to housing as to any other aspect of our busy 21st century lives. 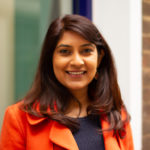 Nairita Chakraborty Associate,Built Heritage and Townscape
END_OF_DOCUMENT_TOKEN_TO_BE_REPLACED
We use cookies on our website to give you the most relevant experience by remembering your preferences and repeat visits. By clicking “Accept”, you consent to the use of ALL the cookies.
In case of sale of your personal information, you may opt out by using the link Do not sell my personal information.
Cookie settingsACCEPT
Manage consent