Economic recovery is happening faster than the Office for Budget Responsibility (OBR) had previously predicted putting public finances in a slightly better position and providing Rishi Sunak with some opportunity to increase spending.

Yesterday saw the Chancellor stand up in front of a masked Commons to present this year’s Autumn Budget. We’ve held back our weekly email to give you the headlines.

As had been widely previewed in the press, economic recovery is happening faster than the Office for Budget Responsibility (OBR) had previously predicted putting public finances in a slightly better position and providing Rishi Sunak with some opportunity to increase spending. The expectation now is that the economy will recover to pre-Covid levels by the turn of the year.

Levelling up loomed large within the Chancellor’s speech and is a banner now attached to investment across a range of areas. 100 areas have now been announced as the first successful bids in the Levelling Up Fund and will share £1.7 billion of funding; transport funding for key city regions outside London was confirmed; and a £2.6 billion Shared Prosperity Fund announced as a successor to EU Structural Funding. But word on future phases of HS2 and Northern Powerhouse Rail notably missing. Equally for further information on future devolution deals we must wait for the Levelling Up White Paper.

Some good news for the housing sector with the Government pressing ahead with its drive to increase housebuilding, £7.5 billion was allocated to the Affordable Homes Programme (funding potentially 50,000 affordable homes over previous commitments). £1.7 billion funding was identified for brownfield land regeneration and £640 million to ending rough sleeping and homelessness. The residential property developer tax was confirmed and will be charged on profits of over £25 million from April 2022. A £4.8 billion increase in local government grant funding over three years will be welcomed by councils.

£65 million was set aside to help towards digitalising the planning system but we must wait with bated breath for further details on planning reform.

Some significant changes were announced to business rates: revaluations will take place every 3 years, starting in 2023; the introduction of a 100% improvement relief and exemptions for green technology; and perhaps most eye-catchingly a 50% discount for retail, hospitality and leisure businesses for a further year. But Chancellor made no mention of an online sales tax, which is perhaps part of the longer-term solution for our high streets, with the Government outlining that it is continuing to explore the arguments for and against.

As Glasgow prepares to host the COP 26 summit, the Chancellor has to a limited extent signalled his support for the green agenda. Under the banner of building back greener, further funding was announced to decarbonise buildings, for carbon capture and storage clusters, and some tentative progress on nuclear new-build. But we might have expected and hoped for more on the challenge of zero carbon and the lowering of Air Passenger Duty on domestic flights seems ill considered.

As always, it’s hard to judge the full picture and the wider backdrop is looking challenging with eyewatering levels of public sector debt, clear inflationary pressures, taxes at near record levels of GDP and a ruling party with which this sits somewhat uncomfortably. 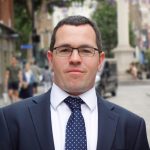 Nick Ireland Director,Planning,Economics
END_OF_DOCUMENT_TOKEN_TO_BE_REPLACED
We use cookies on our website to give you the most relevant experience by remembering your preferences and repeat visits. By clicking “Accept”, you consent to the use of ALL the cookies.
In case of sale of your personal information, you may opt out by using the link Do not sell my personal information.
Cookie settingsACCEPT
Manage consent