For the second time in three weeks the UK wind energy market broke it’s record power production. The 21620MW of power on the 10th January broke the previous high of 20918MW, just 12 days earlier, demonstrating the emerging significance of renewable energy. It’s become a sad realisation over the past few months with energy prices rising that no one really pays much attention to energy until it’s in short supply, but with statistics like these, what’s the hold up?

Earlier this year, Solar Energy UK, the UK’s trade association representing companies in the energy sector, discovered £1.6 billion backed-up solar investment blocked due to grid delays. The hard truth of it is, due to the huge and continuously expanding nature of the renewable energy sector, there just isn’t enough technological infrastructure in place to transfer clean energy between the supply and the demand. John Pettigrew, Chief Executive of the National Grid, recently highlighted the scale of the challenge, telling the BBC “we will need to build about seven times as much infrastructure in the next seven or eight years than we built in the last 32”.

Currently, there are approximately 671 renewable energy projects in a queue to connect to the National Grid spanning across the UK. With the Government being urged to fast-track a Net-Zero Homes standard by 2025 and its own flagship environmental goal of Net Zero by 2050, the requirement for faster solutions is paramount.

‘Storage Solutions’ was never my go to tv-show but, I suppose if not now then when? Co-located energy projects and alternative storage, whether in the form of lithium-ion batteries, gravity-pumps or thermal massing, provides a ‘sharing is caring’ approach to the problem of excess energy and is going to be critical in the coming years to facilitate for over-production storage and release when the demand calls for it.

The Scottish Government published its Draft Energy Strategy on the 10th January highlighting the intention to provide more than 20GW of additional renewable electricity both on- and offshore by 2030. But the question still remains … ‘where for art-thou grid connections?’ It’s clear that the UK now needs to shift its focus back towards infrastructure and storage solutions before entering into any more decade long debates on renewable energy production lines.

For more information or if you need support and advice on your renewable energy project, please contact the team at Iceni Projects. 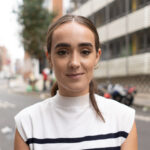 Emily Saunders EIA Consultant,Impact Management
END_OF_DOCUMENT_TOKEN_TO_BE_REPLACED
We use cookies on our website to give you the most relevant experience by remembering your preferences and repeat visits. By clicking “Accept”, you consent to the use of ALL the cookies.
In case of sale of your personal information, you may opt out by using the link Do not sell my personal information.
Cookie settingsACCEPT
Manage consent