We’ve heard plenty of rhetoric surrounding the climate emergency, but where’s the action?

Nearly 90 councils have passed climate emergency motions so far and last month, the UK Parliament followed suit. But nothing has changed in the day-to-day operations of local planning authorities, with no immediate action to respond to the alleged ‘emergency’.

“999 emergency. Which service do you require?”

“Ambulance. I’m having a heart attack.”

“Okay. We will seek to establish heart attack mitigation principles as the key measure of our service’s success.”

Not exactly what you’d want to hear in an emergency, is it? The whole point of an ‘emergency’ is that something gets done now. Yet the mass declarations of ‘climate emergency’ have been followed up with nothing more than rhetoric and vague targets kicked a long way down the road. Nearly 90 councils have passed climate emergency motions so far and last month, the UK Parliament followed suit. But nothing has changed in the day-to-day operations of local planning authorities, with no immediate action to respond to the alleged ‘emergency’. Built environment carbon emissions are still a long way down the priority list for most planning departments.

Given the pace at which Local Plans progress, it is unlikely that any new planning policies will emerge based on the climate emergency declarations within the next five years as a minimum. By this time, the patient may be beyond saving. The IPCC estimates that unless significant action is taken before 2030, it will be too late to stop runaway climate change. Put simply, we have to start cutting emissions now to give us a fighting chance of staying below the recommended 1.5°C global temperature rise.

For the vast majority of housebuilders, energy costs and carbon emissions have no impact on sales values. Therefore, there are no incentives to reduce building emissions beyond that mandated by either Building Regulations or planning policy. We cannot rely on the market to transform itself.

Last week, the UK Government upped the ante with Theresa May’s ‘green goodbye’; that the UK would commit to ‘net zero’ carbon emissions by 2050. The Committee on Climate Change has outlined how much work each sector would have to do to meet this ambitious target. As yet, policies to implement this level of change are very thin on the ground, and these need to be developed immediately to give us a chance of delivering on the government’s promises.

The current Brexit situation is a distraction; if the same amount of time, effort and resources could be channelled into setting up effective policy mechanisms that would enable us to meet the new 2050 target, we could demonstrate leadership at a global level that goes beyond mere rhetoric.

The following action plan sets out what the built environment and infrastructure sector should do, as a minimum:

Failure to deliver on these promises will leave a toxic legacy for future generations who will judge us on our actions, not our words. 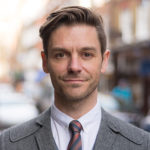