The threat of compromise

The reality is that planning is not an industry to serve itself; it is there to manage the built environment and development on behalf of society. There will inevitably be a temptation to row back from change, through well-meaning cautions and suggestions, which will increase the threat of dilution, and increase the prospect of tinkering rather than real change – the looming risk of compromise.

Beige. An insipid, non-descript colour that pleases nobody, but rarely offends. The doyen of property doer-uppers, who seek to create a ‘blank canvas’ for the next plucky occupier, rather than having to make a decision of their own. Beige, the colour of the Great British compromise.

The Planning White Paper, “Planning for the Future”, is not beige. It’s bold. It’s brilliant white, albeit with a definitive blue hue on the edges. Some people will like it, and some won’t. And that’s arguably where the problem starts, as the temptation will be to water it down to cause less offence to some, but in so doing, take away the radiance of its spirited intentions.

It would be totally wrong to say that planning is not working in many places, but equally, Iceni can point to far too many examples of where planning has, fundamentally, become a barrier to getting things done. Where jobs, homes, infrastructure, investment, has fallen onto the cutting room floor, as one iteration of planning after another creates a reason for delay, rather than a catalyst for change. The creaking system is less of an issue in urban locations as developers, planners, stakeholders and community groups are actually pretty good at engaging and negotiating on a site by site basis, to the extent that a plan serves as the start and not the finish of a conversation; very few plans can anticipate the minutiae of every site, and very few sites can readily confirm with every policy, target and objective of the same. To my mind, there is nothing wrong with that. But for strategic planning, the present system is a car crash. How have we created a system that now makes it so intrinsically more difficult to deliver new settlements, sub-regional growth, joined up investment decisions than at any other time? Realistically, could we deliver, for example, a Milton Keynes in 2020? In what other parts of society have we gone so far backwards in the last sixty years?

With that in mind, the idea of sweeping away much of the old system and starting with a new legal mandate, a renewed emphasis on plan making, and an acceleration of planning applications, decision making and implementation post-plan adoption is to be admired. I do believe that much of the commentary that has followed the publication has been unduly defensive, and I do have faith in the objectives of the authors. However, this does come with caveats, and none more so than the risk of compromise.

Firstly, I was concerned to hear that the Task Force appointed to see the White Paper through to adoption has no ongoing mandate. That strikes me as a weakness. The best people to be involved in the consultation process are those that wrote it; who passionately believe in the need for change. If this consultation process becomes the responsibility of others, with more pragmatic intentions, and falling under greater control from political masters, the greater the risk of a zebra being formed from the blueprint of a horse. It’s the lack of PAYE control that makes the role of the Task Force so vital. So without delay, they need to be retained to see the White Paper through to Royal Ascent.

Secondly, the temptation will be to add greater detail to the proposals as a means of responding to consultees. That would be a mistake. The strategy for change should be pithy and holistic; fine grain can emerge from other documents.

Thirdly, it doesn’t always follow that those that are immersed in a system are best placed to comment on how to improve a system. A collective form of Stockholm Syndrome can cast a vail over change. The reality is that planning is not an industry to serve itself; it is there to manage the built environment and development on behalf of society. There will inevitably be a temptation to row back from change, through well-meaning cautions and suggestions, which will increase the threat of dilution, and increase the prospect of tinkering rather than real change – the looming risk of compromise.

I would like to see the Government hold true to its plans for change, but to allow the Task Force to stay firmly at the helm through the process. Brian Clough famously once said of a player that disagreed with his decision making that “we talk about it for 20 minutes and then we decide I was right”. That isn’t always the right approach, but this may well be one instance where a clear sense of purpose will ultimately reap dividends. Oh, and Cloughie’s teams would never have been seen dead wearing beige. 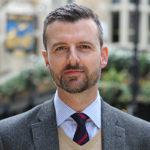 Ian Anderson Chief Executive,Planning
END_OF_DOCUMENT_TOKEN_TO_BE_REPLACED
We use cookies on our website to give you the most relevant experience by remembering your preferences and repeat visits. By clicking “Accept”, you consent to the use of ALL the cookies.
In case of sale of your personal information, you may opt out by using the link Do not sell my personal information.
Cookie settingsACCEPT
Manage consent