The Opportunities for Digital Engagement

The proposed changes present an opportunity to engage early and involve those who would not ordinarily be involved in long term planning with relevant, interesting and accessible plans.

We’ve seen a lot of headlines about the Planning White Paper in the past few weeks but less has been said about digitalising the planning system and the impact it could have on engagement. If taken forward, the effect could be significant.

‘Local Councils… radically and profoundly reinvent[ing] the ambition, depth and breadth with which they engage with communities as they consult on Local Plans.’

Local Plan consultations are not typically well attended with the majority of people disengaged from the impact they can have on their daily lives and confused by the process. This can often lead feelings of disempowerment, resulting in low participation and minority voices dominating. And this can be exacerbated amongst young people, despite them having the potential to be the most impacted or benefit the greatest through the process and decisions taken.

With a proposed timeframe of only 30 months to introduce an adopted new style local plan, of which the local authority may only be afforded 12 months to draft it, it will be essential to engage early and earnestly with those groups that would not ordinarily be involved in long term planning.  Directing the conversation away planning jargon to real life issues, and focussing on the benefits long term and joint working can bring, and the multitude of issues that will be covered, will encourage far greater interaction.

Engagement should be started before decisions on issues such as growth options have been published, even in draft format. Visually stimulating, high impact material should be used to appeal to a wider audience.

Iceni recently undertook an engagement exercise in partnership with five local authorities and a county council. The aim was to gain a better understanding of key community priorities: transport; healthcare; schools; infrastructure; and what creates great places to live. The brief was also to widen community participation in the process, particularly amongst young people.

We undertook a combination of digital engagement and traditional consultation. Over 10% of the population visited the website and we had thousands of completed responses. The feedback has been incredibly useful, with clear consensus on community priorities. The results and comments received are likely to be significantly different to those compared with a fully traditional process, with an even spread of ages of respondents, from under 25’s to over 65’s. Trust and transparency has been built into the process with hundreds of people stating they would like to be involved in future stages of work.

Digital platforms can be a powerful tool in engaging people. They make it easier for those who would not necessarily have got involved traditionally, taking consultation events to people – rather than the other way round. They allow focus to be brought to a variety of demographics, so a more targeted effort can be made to bring greater balance. They also have the benefit of being COVID secure.

Looking to the future it should also allow for better analysis of the impact of our work, on people and place, particularly with the use of an ‘open data’ approach.  Applied well and often, dialogue can continue throughout the process, empowering all stakeholders to gain knowledge and understanding of the system and to increase a sense of influence for local communities. 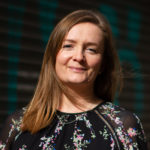 Philippa Curran Director,Engagement,Place
END_OF_DOCUMENT_TOKEN_TO_BE_REPLACED
We use cookies on our website to give you the most relevant experience by remembering your preferences and repeat visits. By clicking “Accept”, you consent to the use of ALL the cookies.
In case of sale of your personal information, you may opt out by using the link Do not sell my personal information.
Cookie settingsACCEPT
Manage consent