The Census’ position is under threat due to spiralling costs coupled with a proliferation of alternative digital data collection methods rendering some of the census outputs redundant.

The first modern Census was conducted in 1801 and, with the exception of 1941, has been occurring every 10 years since. Yesterday saw the first data release from the 2021 Census which could also be the last one.

The Census’ position is under threat due to spiralling costs coupled with a proliferation of alternative digital data collection methods rendering some of the census outputs redundant.

From a planning perspective the Census provides the “Gold Standard” of data collection and provides valuable counts of population and households and a range of wider information on socio-economic characteristics from which a range of services and infrastructure can and is planned.

The publication of the latest Census also provides the industry with a moment of reflection. It provides data which can be used to consider the accuracy of previous demographic projections.

In relation to housing need the planning practice guidance mandates the use of the 2014-based projections. We are now seven years beyond this base date and the new data illustrates which areas have seen stronger or weaker growth than the projections suggested.

The table below shows which areas the difference between the Census data and predictions in the 2014-based Projections has been greatest.

There can be a range of reasons for these variations, including the influence of changing migration patterns as the housing market picked up from 2013 onwards; the impacts of Brexit and Covid on international and domestic movement; through to issues with measuring student movements. The influence of these will vary between different places.

For example, the areas with the largest over-estimation are almost all Inner London Boroughs and in some cases their population has actually declined. This is potentially due to a constrained housing supply (and worsening affordability) but also in part due to covid-induced out-migration to the suburbs and beyond. Furthermore, while population growth in London has been over-estimated it still exceeded 625,000 since 2011 (7.1%).

There are also risks associated with a declining and aging population, such as dwindling demand for local services and the ability to maintain a labour force. These areas therefore must think carefully as to how they respond to these challenges.

Nationally, it is broadly recognised that we haven’t been delivering enough homes. The implications of under-delivery on household formation trends, overcrowding and tenure patterns will be revealed when later parts of the Census are released over the next two years. We do know that the average household size has increased marginally from 2.40 to 2.41. Such patterns have in the past indicated a combination of a constrained housing supply and a more ethnically diverse population.

So what lessons can we take from this? Firstly, Census data will provide clarity on population growth trends in areas where there have been questions over data robustness such as in Coventry, Guildford or Central Bedfordshire.

In due course it may also feed into a review of the standard method and we await further information as part of an NPPF Prospectus next month. If it is not already a fait-accompli the government need to ensure that sensible use of the latest and most robust data is included in any revisions.

If you need any more information on this and how it potentially impacts growth in different areas please get in touch. 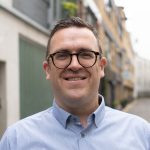 Paul McColgan Director,Economics
END_OF_DOCUMENT_TOKEN_TO_BE_REPLACED
We use cookies on our website to give you the most relevant experience by remembering your preferences and repeat visits. By clicking “Accept”, you consent to the use of ALL the cookies.
In case of sale of your personal information, you may opt out by using the link Do not sell my personal information.
Cookie settingsACCEPT
Manage consent