Unlike in Scotland, there is currently no national policy on short-term letting in England – excluding Greater London.

The first control area for short-term lets in Scotland has been approved in Edinburgh – will this pave the way for other similar schemes?

On Monday 1st August 2022, it was announced that Scottish Government Ministers had approved the country’s first short-term let control area, covering the full City of Edinburgh Council boundary. Within the control area, any change of use of an entire dwelling to a short-term let will require planning permission, with few exceptions. This was first suggested as a result of concerns that recent growth in the number of short-term let properties had exacerbated housing shortages and fuelled a rise in antisocial behaviour – an issue most acutely felt in Edinburgh where approximately a third of all short-term lets in Scotland can be found. The proposals had been approved by the Council’s Planning Committee earlier this year, after 88% of the 5,600 respondents to a consultation on the proposals supported the introduction of the scheme. The Edinburgh short-term let control area will become operational in September 2022.

While Edinburgh has become the first local authority in Scotland to introduce a short-term let control area, it appears unlikely to be the last. The Highlands, Glasgow, Aberdeen, East Lothian, Perth & Kinross and Fife have all recently made noises about following suit and are at various stages in the consultation process. It is notable that many of the locations being considered for control areas are tourist hotspots, where demand for second homes and short-term holiday accommodation is greatest.

This continues a trend towards increased regulation of short-term lets across Scotland. Alongside potential new control areas, all Councils in Scotland will be required to implement a short-term let licensing scheme by 1st October 2022, with all such properties being fully licenced by July 2024.

Unlike in Scotland, there is currently no national policy on short-term letting in England – excluding Greater London. This looks set to change, however, as the UK Government recently launched an open consultation considering the implementation of a Tourist Accommodation Registration Scheme for England. There is currently a call for evidence to help improve the UK Government’s understanding of the benefits and challenges of short-term lets across England – running until 21st September 2022. This evidence will inform the development of appropriate policy options for short-term lets, with a consultation on these due later this year.

Various national and municipal governments across the world have already implemented controls on the short-term rental market, particularly in popular tourist destinations where the impact of short-term rentals is most noticeable. In Barcelona, those seeking to provide tourist accommodation to paying guests must register with the Catalan Government, and last year Barcelona City Council banned all short-term private room rentals. In Amsterdam, annual permits and a registration number are required to operate a short-term let, with high fines possible for non-compliance.

Regulating short-term lets is unlikely to provide a quick solution to the various, well-documented housing issues that face Edinburgh, and indeed other tourist destinations throughout the world. However, increased regulation may assist in guaranteeing a greater number of properties remain available to longer-term renters, while the licensing scheme could help to increase safety for both short-term tenants and property neighbours.

At Iceni Projects, we will continue to monitor changes to short-term let legislation across Scotland and the UK. If you would like additional information on the changes arising from the control area in Edinburgh, or the potential impact from proposed control areas and licensing in other local authorities, please get in touch and we would be happy to discuss in more detail. 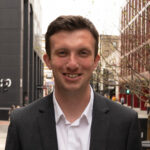 Jack Miller Assistant Planner,Planning
END_OF_DOCUMENT_TOKEN_TO_BE_REPLACED
We use cookies on our website to give you the most relevant experience by remembering your preferences and repeat visits. By clicking “Accept”, you consent to the use of ALL the cookies.
In case of sale of your personal information, you may opt out by using the link Do not sell my personal information.
Cookie settingsACCEPT
Manage consent