The changing face of Oxford Street

Iceni Projects are currently advising on a number of major projects along Oxford Street, and we are looking forward to helping drive these changes as we move into the post-pandemic world.

Oxford Street has always adapted to change. Throughout the 18th and 19th century, it has assumed a variety of different identities, from homes and hospitals, bazaars, entertainment stalls, theatres, and pubs, to its current iteration as the capital’s retail epicentre. And with the advent of COVID-19 having a universal impact on the UK’s high streets, it looks like Oxford Street could be facing its next makeover.

As a reaction to 20% of its shops closing, including Topshop and Debenhams, alongside a 50% drop-in rental rates (The Guardian), have pledged to invest £150m in reinventing Oxford Street.

And property is next, with Selfridges’ new owners planning on adding a luxury hotel and serviced apartments to the site, while M&S and John Lewis both plan on adding significant office space to their new and existing stores.

Although the OSD framework has experienced a few setbacks, namely the Marble Arch Mound, it will play a major role in generating footfall and increasing dwell time on Oxford Street, adeptly supported by these exciting mixed-use developments that move away from the historic ‘retail only’ high street.

Iceni Projects are currently advising on a number of major projects along Oxford Street, and we are looking forward to helping drive these changes as we move into the post-pandemic world. 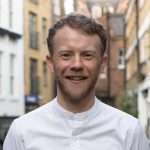 Alex Hamlet Assistant Planner,Planning
END_OF_DOCUMENT_TOKEN_TO_BE_REPLACED
We use cookies on our website to give you the most relevant experience by remembering your preferences and repeat visits. By clicking “Accept”, you consent to the use of ALL the cookies.
In case of sale of your personal information, you may opt out by using the link Do not sell my personal information.
Cookie settingsACCEPT
Manage consent