The Building Safety Levy – have you had your say?

One key debate is whether it should it be levied on a ‘per unit’ basis, or on a ‘per square metre’ basis.

With overall remediation costs estimated between £4billion and £50billion and countless stories of leaseholders being hit with enormous bills, legislative action from the Government to intervene on the cladding crisis was unavoidable.

One such move has been the Building Safety Bill, which received Royal Assent in April 2022. Within this legislation is a provision granting the Department for Levelling Up, Housing and Communities (DLUHC) the power to introduce a new levy on all residential developments, to raise £3billion in funding. The Government have now published a second consultation on the specifics of this new levy.

What we already know is that the levy would only apply to new residential developments in England, sitting alongside the existing Community Infrastructure Levy (itself subject to future revision) and the recently introduced Residential Property Developer Tax. Like CIL, it would be a fixed amount and not based on profit like the latter.

However, there are several key areas of consultation to decide exactly how it should come forward.

One key debate is whether it should it be levied on a ‘per unit’ basis, or on a ‘per square metre’ basis. DLUHC is also considering whether the rate should be set at a Local Authority Level, or at a Regional Level, based on average house prices. Their preference would be the former, theoretically making it more targeted. It is also being considered whether the levy should vary depending on whether the development is on brownfield or greenfield land, to factor the higher viability risks associated with previously developed sites.

The proposed levy would be staged and aligned to the Building Control process, with 60% payable at the ‘commencement’ stage and the remaining 40% due prior to ‘final certification’. Building Control sign off would be conditional upon full payment being made and Councils would be the collecting authorities.

However, there would remain some exemptions – schemes of under ten units would not be liable, nor would typologies such as residential care homes. Affordable housing would also be exempt. Interestingly, the application of the levy to models such as Build-to-Rent, Purpose Built Student Accommodation and Older People’s Housing is undecided and still very much up for discussion.

The Government has stated that it is mindful of the potential viability impacts of these combined obligations, particularly on SME developers and will be cautious in how the levy is introduced. However, despite proposals to phase introduction through transitional arrangements, DLUCH has admitted that it cannot be certain about the impact upon housing delivery and will need to monitor the outcomes carefully.

In taking important action to deal with this acute and devastating crisis, the Government needs as broad a range of input as possible to ensure that the new levy delivers its goals whilst not impacting upon the delicate equilibrium of development viability, further stymying housing delivery. Whilst the Levelling-Up Reforms now appear to be subject to delays in government the consultation period on this aspect runs to 7th February 2023 and if you require further information, or assistance in providing representations to this consultation, please get in touch. 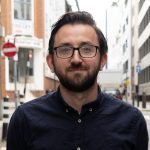 William Clutton Senior Planner,Planning
END_OF_DOCUMENT_TOKEN_TO_BE_REPLACED
We use cookies on our website to give you the most relevant experience by remembering your preferences and repeat visits. By clicking “Accept”, you consent to the use of ALL the cookies.
In case of sale of your personal information, you may opt out by using the link Do not sell my personal information.
Cookie settingsACCEPT
Manage consent