The Bacon Review shines the spotlight on self and custom-build homes, again…but we need buy-in from all sides.

The delivery of self and custom-build homes clearly has a role to play in tackling the housing crisis; however, in order to have the best chance of ‘solving’ it, we all need to have full confidence in the role of this sector. The Bacon Review alongside the tens of thousands of individuals on Council registers across the country provides us with a solid foundation to build this confidence.

Self and custom-build housing was first introduced as a market segment to be taken seriously by the Coalition Government in November 2011. Since then, we have had the introduction of the Self and Custom Housebuilding Act 2015 and the Right to Build; and the Government have continued to support the sector through the White Papers and more recently the ‘Self and Custom-Build Action Plan’ in April of this year.

However, despite years of Government support, the National Custom and Self-Build Association have stated that despite a whopping 50,000 people joining self-build registers across the country since 2016, there are instances of LPAs pushing existing demand downwards.  Why the discord, especially in the midst of a housing crisis?

Queue the Bacon Review, produced by Richard Bacon MP and commissioned by the Prime Minister to establish a plan to ‘scale up’ self and custom-build homes to boost capacity and overall housing supply. The Review, which was published on 21st August, rightly acknowledges the context of the housing crisis upfront; however, rather than it all being related to a general lack of supply, the ‘central problem’ is attributed to the lack of new homes that people want to buy.

The choice and competition that self and custom-build housing offers is one solution to this problem, and there’s very strong evidence which shows that demand for self-build homes is additional to the existing supply of new homes. Not to mention that generally self-build homes are built more quickly and to a higher quality.

In respect of the attitude to the sector from a DM perspective, the Review claims that many planners in LPAs still prefer talking to a small number of large developers rather than a large number of potential self-builders in a community. This clearly isn’t the case across the board, with many LPAs having led the way on policy development and interventions. However, in the words of Richard Bacon, “there has been too much inactivity” – and it’s hard to disagree.

The delivery of self and custom-build homes clearly has a role to play in tackling the housing crisis; however, in order to have the best chance of ‘solving’ it, we all need to have full confidence in the role of this sector. The Bacon Review alongside the tens of thousands of individuals on Council registers across the country provides us with a solid foundation to build this confidence.

Iceni has advised over a third of LPAs in England on self and custom-build housing and has also successfully supported a number of landowners and developers providing for serviced plots. If you require assistance or have a land parcel or opportunity which is potentially suitable for self and custom-build homes, please do get in touch. 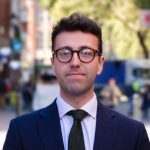 Gregg Boyd Associate,Economics
END_OF_DOCUMENT_TOKEN_TO_BE_REPLACED
We use cookies on our website to give you the most relevant experience by remembering your preferences and repeat visits. By clicking “Accept”, you consent to the use of ALL the cookies.
In case of sale of your personal information, you may opt out by using the link Do not sell my personal information.
Cookie settingsACCEPT
Manage consent