Put simply, there are three ingredients for a 15-minute neighbourhood, first, a sufficient population. Secondly, local shops and services within walking distance and thirdly access to public transport links…However, what happens when you don’t have enough of one ingredient?

The 15-minute neighbourhood is quickly gaining media and political traction globally, from the Parisian Mayors re-election campaign to the 20-minute Neighbourhood Pilot Programme in Melbourne. It looks like the UK could be heading in this direction too, a policy paper published in 2021 by the Royal Town Planning Institute recommended the NPPF should be updated to introduce a definition of and explicit support for ‘15 minute neighbourhoods’ and apply an ‘exception’ test for proposed development that cannot demonstrate conformity with these principles. So, we need to give this concept some more thought.

Put simply, there are three ingredients for a 15-minute neighbourhood, first, a sufficient population. Secondly, local shops and services within walking distance and thirdly access to public transport links. These three ingredients cooked up the perfect recipe at Walworth Road in Southwark, which has been championed by London Living Streets for promoting this highly sustainable way of living in an urban location. However, what happens when you don’t have enough of one ingredient?

Fundamentally, you need people to sustain these 15-minute neighbourhoods, but just how many people are needed is up for debate. Professor Anne Power, head of Housing and Communities at LSE argues a density of at least 50dph is necessary to support transport services, shops and schools required, whilst Melbourne is promoting minimum density levels of 25-30dph in its Plan Melbourne 2017-2050. Let’s take 40dph as an average, a figure that is often targeted in Housing Needs Assessments. According to CBRE in 2021, the average density of developments in suburban locations (outside the Green Belt) is 31dph. This suggests the 15-minute neighbourhood concept is feasible in urban locations but it’s a different story for suburban and rural settlements.

Can the 15-minute neighbourhood model be adapted to work in suburban and rural locations at lower densities, perhaps with increased access to public transport? It’s a challenging prospect and would require innovative solutions. An understanding that density is not a standalone issue is also required, it should be considered in relation to the other key ingredients; access to amenities and transport links. Here at Iceni we will be monitoring this ever evolving debate closely. 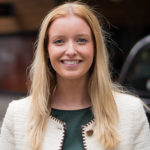 Esme Sparrow Planner,Planning
END_OF_DOCUMENT_TOKEN_TO_BE_REPLACED
We use cookies on our website to give you the most relevant experience by remembering your preferences and repeat visits. By clicking “Accept”, you consent to the use of ALL the cookies.
In case of sale of your personal information, you may opt out by using the link Do not sell my personal information.
Cookie settingsACCEPT
Manage consent