South Oxfordshire District Council and the politics of planning strategically

The situation at SODC should act as a reminder that when planning strategically you are only as strong as your strategic partner, and that to benefit from national investment you have to act strategically, even if that causes local political pain.

Last week witnessed an extraordinary intervention in the South Oxfordshire District Council (SODC) long-running local plan debate. Hours away from a pivotal meeting where the now Liberal Democrat-led coalition council was due to vote on pulling their own submitted local plan off the table, the Secretary of State Robert Jenrick stepped in to tell them otherwise.

Debate has since ensued as to what powers allow Jenrick to act in such a way. But as we await the confirmation of whether Jenrick will go that step further to call in the Local Plan for his determination, we should all be considering why he has sought to make this move.

There is no doubt that politics has a hand to play. No one can deny that the Liberal Democrat-led coalition at SODC was a direct backlash to the previous Conservative administration’s actions in submitting a Local Plan that in the eyes of many residents outlined too much growth, particularly within the Green Belt.  Having been elected on a mandate to reduce the number of homes planned for in the Local Plan, the Liberal Democrat Coalition have sought to do just that.

It is easy to also view Jenrick’s intervention as a party political move, for there have been several other local authorities over the years that have faced similar threats but with nowhere near the intervention as witnessed last week; is it any coincidence that these other authorities tend to be Conservative-led administrations? But there are more strategic reasons behind this action than petty politics.

The actions of SODC in regard to its Local Plan affect its neighbours within the wider Oxfordshire county, particularly the Vale of the White Horse District Council (VWHDC). £215 million worth of Housing Infrastructure Funding designed to support cross-boundary growth around Didcot for both SODC and the VWHDC is under threat if SODC pull their plans. This would put both their growth plans in jeopardy, and it of course would also impact on their respective five year housing land supply.

If this was not a big enough driver to get Jenrick to act, the fact that both SODC and VWHDC form part of a nationally important growth area – the Oxford-Cambridge Arc –  and Didcot’s designation as a Garden Town should be enough to tip the balance. Oxfordshire has a dynamic economy, one that is set to grow from strength to strength, and it is this economic narrative that inevitably draws the attention of national politics.

The decision therefore by Jenrick to halt proceedings should not come as a total surprise. The events last week demonstrate the finely balanced interplay between local, regional and national politics.

No doubt other local authorities who have also embarked on their own strategic journeys with neighbouring authorities will be looking closely at what happens next. The situation at SODC should act as a reminder that when planning strategically you are only as strong as your strategic partner, and that to benefit from national investment you have to act strategically, even if that causes local political pain. 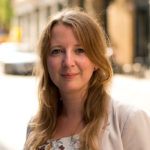