The Shipping Forecast for 2023

Best we plan for continued difficult headwinds in the next 12 months, and don’t forget to regularly check-in throughout the year with your main contacts at Iceni Projects for the ‘shipping forecast’.

So, as we consign 2022 to the history books, perhaps filed under “stormy” or “chaotic”, what do the headwinds for 2023 mean for both political and development prospects? Well, safe to assume that it will be anything but plain sailing.

Politically the government finds itself in somewhat of a difficult spot, some pain has undoubtedly been self-inflicted and some comes as a result of global events.

The Prime Minister has set his priorities for the year, centered on tacking inflation; the economy; the national debt; NHS waiting lists; and immigration.

The Labour Party is centering its approach on giving genuine control to local communities.

The local elections in May will be a significant poll as to where the political parties really sit with the electorate, with a general election a maximum of 19 months thereafter. Mid-term elections are very rarely good for the party in government, but can things get any worse for the Conservatives? Potentially.

One of the more interesting polls to be published over recent weeks was by Deltapoll[1] which showed that the Conservatives are really struggling to attract support from younger voters. This position combined with further research by the Financial Times[2], which shows that millennials are bucking the trend of becoming less liberal, and more conservative as they age, meaning that the figures are quite stark, and make for tough reading for the government.

This potentially generational shift of voters not migrating to be more conservative, will likely be the result of many factors, but the availability of housing, with home ownership at its lowest level since 1983 according to the latest census data, particularly affordable homes, will play a significant part

So, does the early Christmas present of the consultation on the ‘Levelling-up and Regeneration Bill’[3] give us a clue about whether the government will be able to better appeal to younger voters in 2023 and beyond? There is naturally talk about providing more affordable homes (as you would expect), but perhaps more substance on the use and value of mansards, and many are concerned that by providing local authorities with more leeway about whether they must plan for their full local housing need in local plans, the supply of new housing will fall at just the time when it needs to be increasing and better meeting the needs of younger voters.

Combined with a raft of environmental and regulatory changes that will bite in the next 12 months, including the full application of Biodiversity Net Gain policies later in 2023; and the provisions of the Building Safety Act 2022 placing further requirements on developers, it would be an optimistic forecast to say that we will see an increase in housing supply over previous years, and that assumes that the PM delivers on his priorities of reducing inflation and growing the economy.

So, best we plan for continued difficult headwinds in the next 12 months, and don’t forget to regularly check-in throughout the year with your main contacts at Iceni Projects for the ‘shipping forecast’.

Please click here to view our summary of the NPPF (December 2022) consultation document. 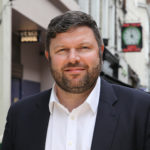 Andrew Gale Chief Operating Officer,Planning
END_OF_DOCUMENT_TOKEN_TO_BE_REPLACED
We use cookies on our website to give you the most relevant experience by remembering your preferences and repeat visits. By clicking “Accept”, you consent to the use of ALL the cookies.
In case of sale of your personal information, you may opt out by using the link Do not sell my personal information.
Cookie settingsACCEPT
Manage consent