The Venice Architecture Biennale takes place every two years with exhibitions in spectacular settings including the national pavilions in the Giardini (gardens), displays by selected practices in the sixteenth-century arsenal, and other cultural institutions scattered around the city.

The Venice Architecture Biennale takes place every two years with exhibitions in spectacular settings including the national pavilions in the Giardini (gardens), displays by selected practices in the sixteenth-century arsenal, and other cultural institutions scattered around the city.

This year’s event is curated by Yvonne Farrell and Shelley McNamara of Ireland-based Grafton Architects. Unlike the political bent of previous Biennales, their chosen theme, ‘Freespace’, focuses on the abstract qualities of architecture. It has been interpreted, in the main, by a collection of beautifully built models and installations that avoid discussing planning and politics.

However, one recurring theme of the Biennale is post-war social housing and its meaning for architects working today, inheriting the 50-year old legacy of the state-sponsored modernism of the 1960s. It’s clear that architects across the globe, and especially in Europe, are grappling with the same issues: poor environmental standards (vividly illustrated by steam pouring from a model of a housing block in the Latvian exhibition); upkeep and maintenance backlogs; and, often most fundamentally, image problems.

The question of whether to demolish or retrofit post-war housing estates is well illustrated by two exhibitions, from London and Paris respectively. Of most familiarity to readers will no doubt be the section of the Robin Hood Gardens estate that was controversially retrieved by the Victoria & Albert Museum during the ongoing demolition for the Blackwall Reach development by Swan Housing. Though admirable in principle, the reality of seeing the isolated chunks of concrete, held together with scaffolding, is somewhat underwhelming. Compared to the massive sculptural scale and social ambition of the original estate, it looks a bit skeletal and lost against the Venetian blue skies.

The accompanying exhibition, though, is excellent in documenting Robin Hood Gardens’ architectural concept, demise and redevelopment, as well as the Twentieth Century Society’s fruitless campaign for listing the building, backed by esteemed architects including Richard Rogers and Zaha Hadid.

Even if most post-war housing estates aren’t of sufficient quality to meet the criteria for listing, is demolishing them the best way forward? The exhibition by Parisian practice Lacaton & Vassal demonstrates an alternative strategy through their projects to retrofit French tower blocks by extending them outwards, providing additional rooms and an insulated shell. Recognising the generous space standards and egalitarian ideals of post-war housing estates, they believe that ‘1960’s and 1970’s buildings are not failures of history.’

Though the Grenfell Tower tragedy has highlighted the danger of cutting costs while retrofitting, Lacaton & Vassal’s work shows that significant improvements can be carried out to a high standard while still being much cheaper than demolishing and rebuilding, and with a far lower environmental impact. It seems from Robin Hood Gardens that political agendas carry more weight for the decision of whether to demolish or retrofit than purely architectural or sustainable considerations. 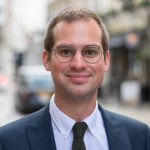