19 February 2018 – a day to forget or one which can’t be forgotten? It was a day where the Guardian newspaper reported that the now former deputy leader and Chairman of the Planning Committee in Westminster City Council; Robert Davis had breached the code of conduct in relation to the scale of gifts and hospitality received over a six-year period. Notably, it became clear that he had received gifts or hospitality from property firms involved in half of the planning applications his Planning Committee ruled on in 2016.

19 February 2018 – a day to forget or one which can’t be forgotten? It was a day where the Guardian newspaper reported that the now former deputy leader and Chairman of the Planning Committee in Westminster City Council; Robert Davis had breached the code of conduct in relation to the scale of gifts and hospitality received over a six-year period. Notably, it became clear that he had received gifts or hospitality from property firms involved in half of the planning applications his Planning Committee ruled on in 2016. Naturally enough it goes without saying that Westminster’s reputation was placed firmly on the line. Was this the service they as a borough were providing, or indeed, expecting to receive? Certainly no one wanted it to seem this way and immediate changes were taken to try shift this ‘elephant’ from the room.

In the meantime, the May 2018 Local Elections were fast approaching and there was much talk of Labour gains expected across the borough and these were quite frankly anticipated to be secured in the lead up to the voting. Not to mention the “Davis” scandal as a means of changing voters’ minds; following the shocking UK Brexit vote in 2016, it worryingly felt that voters may have had a total change of mind and view. Would they retain their Conservative following or completely change their ways and vote Labour? It was anybody’s guess. Westminster quickly reassured their constituents that transformation across the borough was imminent and promised changes which would engage more with locals and result in a more transparent system overall. And just like that, the Conservatives held on.

The leadership then invited the Planning Advisory Service (PAS) to undertake a review of the operation of the Development Management (DM) service. They were asked to consider the effectiveness of not only the role hospitality plays but also the Planning Committee system and decision making overall. Thus, perhaps for the first time, giving the rest of London a slight insight into how the decision-making process is undertaken within the borough. One of the key recommendations resulting from the review was the creation of a platform for a more open and engaging experience for the public. Or, in layman’s terms, catching up with the majority of other London Boroughs and allowing speaking for both the applicant and public during planning committee presentations.

On the 17 January 2019, I attended the Planning and City Development Committee where the contents of the PAS report were up for debate. The committee, for those not in the know, appears to be relatively new, first sitting in 2017, as a result of the Governments increased emphasis on local authorities having up-to-date, single local plan documents. However, it does appear to hold great power in decision making, namely by having the oversight of practices and procedures of the Planning Applications Sub-Committees, not to mention considering proposed local plan policies.

During this meeting, committee members were asked to consider the contents of the PAS report and specifically to agree the proposed procedures and protocols to allow for members of the public to make verbal representations at Planning Applications Sub-Committee meetings with the following proposed running order of events:
1. Planning Officer’s presentation of the case
2. Applicant and any other supporter(s)
3. Objectors
4. Amenity Society (Recognised or Semi-Recognised)
5. Ward Councillor(s) and/or MP(s)
6. Council Officers response to verbal representations
7. Member discussion (including questions to officers for clarification)
8. Member vote

Interestingly, the running order was mentioned, and the question was raised regarding switching number 2 and 3 (above) around. The running order as it currently stands would result in objectors having the final say on applications leaving applicants unable to respond to or provide clarification to objectors’ comments. In contrast, many other Planning Committees across London allow objectors to speak first with the applicant given time to respond before handing over to Member discussion. In short, the suggested amendment to the above was firmly shut down and Westminster confirmed they are indefinitely in favour of local residents having the final say on applications. The consensus was that Westminster do not want property developers to have the last word. I’ll leave that one with you.
In summary, speakers wishing to speak in either support or objection would be allocated 3 minutes each side to speak. At the (major) applications sub-committee, it is proposed that a maximum of two speakers can speak from both objecting and supporting sides and at the regular planning application sub-committee, a maximum of one speaker can speak from each side.

After some minor deliberation, votes were cast, and the committee resolved to vote unanimously in favour of agreeing the new changes. It is proposed that the procedure would take effect from the first sub-committee meeting due to take place on Tuesday 26 February 2019 when the Council move back to 64 Victoria Street and will be subject to a 6-month review of their effectiveness. Certainly, one to keep an eye on in the coming weeks.

Drawing on experience of having some my applications being debated at Westminster Committees right in front of my eyes whilst having no opportunity to step in to speak, and feeling like I had lost control, I think this proposed change, albeit with the objectors having the final say, is a positive step in the right direction and certainly reflects the overall ambition in Westminster becoming a City for All. 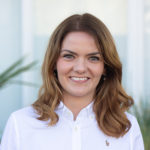