Planning Reforms - A Government promise to build the homes where we need them?

This week Michael Gove, Secretary of State for Levelling Up, Housing and Communities, announced his direction of travel on the Levelling Up & Regeneration Bill, with a new NPPF Consultation due before Christmas.

This week Michael Gove, Secretary of State for Levelling Up, Housing and Communities, announced his direction of travel on the Levelling Up & Regeneration Bill, with a new NPPF Consultation due before Christmas.

Gove has set out a clear objective seeking to empower local communities based on a brownfield agenda, which the Government states will ‘deliver enough of the right homes in the right places’. How and who defines ‘enough’ remains to be seen. Unfortunately, the range of consultations and potential changes proposed by Gove, seem at odds with the Government’s manifesto pledge to drive up housing delivery to 300,000 homes per annum.

Importantly, we do not yet have the precise detail of the proposed reforms and much of the hard rhetoric may evaporate on contact with a consultation paper which provides the detail. The Government have advised that the technical consultation on changes to the National Planning Policy Framework will be launched by Christmas and concluded by the end of April 2023. This is critical to understand the full implications.

Some main points worth flagging from the Gove missives-

1. Housing Need – Local housing need (still needs to be confirmed how that number will be calculated) will be an advisory starting point, a guide and not mandatory. Technically this is the current position set out in the NPPF and the NPPG, though Government wants to strengthen this. Gove states that it is up to LPAs to determine how many homes can be built, depending on the constraints in the Authority and that the Planning Inspectorate should ‘no longer override sensible local decision making’.

3. Green Belt – The Gove letter to MPs states LPAs are not expected to review the Green Belt to deliver housing, this statement is not reiterated in the Ministerial Statement or Press Release, which both restate the general protections to the Green Belt as per current national policy. The amendments to the LURB propose that unmet housing need cannot constitute a very special circumstance when assessing harm caused by development on the Green Belt, reverting to the Written Statement (17 December 2015).

4. Design – Gove states that ‘Local authorities will not be expected to build developments that ‘would lead to a significant change of character’ and supports ‘gentle densities’. Mandatory design codes for each Local Plan setting out standards on height, form and density will be required.

5. Five Year Housing Land Supply – End the requirement for LPA’s to maintain a 5YHLS where their plans are up-to-date, and thus the tilted balance and presumption in favour of sustainable development no longer applies in these instances. Propose to drop the 20% buffer when assessing 5YHLS.

1. Increase planning fees
2. New planning performance framework for LPAs
3. Allowing LPAs to refuse planning permission for developers who have built out slowly in the past
4. LPAs who approve development, which is not built out, are not punished under the Housing Delivery Test
5. National Development Management Policies – consult on each new policy
6. Accelerating the speed at which permissions are built out
7. The ‘character of a developer’ to give local authorities the power to stop developers getting permissions
8. Short term lets registration and changes to the use class order

Gove has invited the Competition and Markets Authority to undertake a market study of the housebuilding industry, which the CMA are due to consider next month. In any case, the CMA have advised that such studies can take up to one year to complete thus the results of which are unlikely to have implications in the short term if Gove wishes to move at pace with these reforms.

All of this remains Government musings and as the last couple of weeks has highlighted it is constantly changing. Thus, we must await the detail in the NPPF prospectus, and the range of consultations promised by Government to understand the impacts of these reforms. Like all in the industry, we will continue to monitor the situation to ascertain the implications of these reforms. 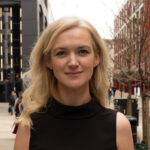 Leona Hannify Director,Planning
END_OF_DOCUMENT_TOKEN_TO_BE_REPLACED
We use cookies on our website to give you the most relevant experience by remembering your preferences and repeat visits. By clicking “Accept”, you consent to the use of ALL the cookies.
In case of sale of your personal information, you may opt out by using the link Do not sell my personal information.
Cookie settingsACCEPT
Manage consent