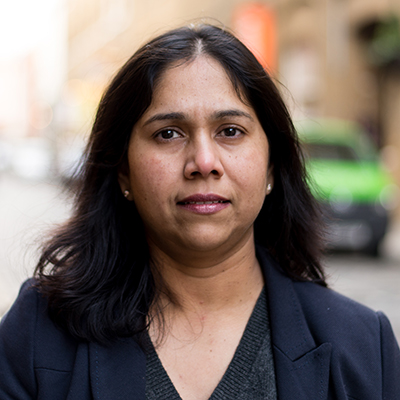 For the past 15 years in the UK, she has been involved in projects that includes placemaking, capacity and viability assessments, concept design through to providing detailed design inputs, for both private and the public sectors clients.

Since joining Iceni Projects in 2015, where she began Iceni’s Design team, she has worked with strategic land promoters and developers, mostly on greenfield sites involving urban extensions and new settlements.

Prior to that Nivedita worked with PRP Architects and WYG, where she worked on urban regeneration projects; primarily in the inner London Borough’s. She has also previously worked on projects in India, Russia, Abu Dhabi and Syria, most of which included providing input to spatial plans that formed part of local policy and development briefs.

Due to her diverse background and experience of living and working in different countries; she has been involved in consultation on masterplanning projects involving cultural and political sensitives. Critically her role is to assist stakeholders and communities understand design and its influence on their neighbourhood.

She has recently returned from sabbatical to West Africa, where she had the opportunity to use her background in Architecture to work on Sustainability projects with included recycling timber waste and promoting sustainability through workshops and outdoor interactive learning.

East Tilbury is a phased development that provides for up to 1,000 new homes in synergy...

Find out more
END_OF_DOCUMENT_TOKEN_TO_BE_REPLACED
We use cookies on our website to give you the most relevant experience by remembering your preferences and repeat visits. By clicking “Accept”, you consent to the use of ALL the cookies.
In case of sale of your personal information, you may opt out by using the link Do not sell my personal information.
Cookie settingsACCEPT
Manage consent