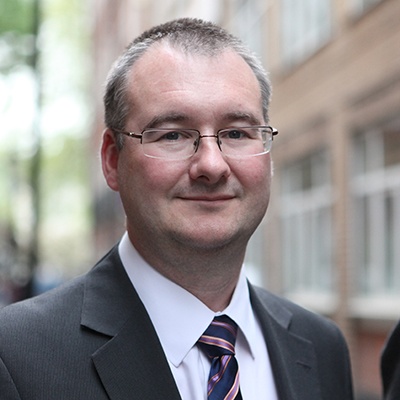 Clive is a transport planner with over 30 years’ experience. Clive joined Iceni Projects in 2010 to set up the Transport Team, and has been an integral part of the Company’s subsequent expansion. He is also a member of the Quality Review Panel for Essex, providing independent reviews.

Clive originally took a BSc (Hons) Planning degree with spells at the London Borough of Redbridge and London Borough of Havering within the Development Control Departments. Thereafter he became a transport planner working for Kent County Council (KCC), during which time he obtained an MSc in Transport Planning. During the 5 years at KCC he worked on a wide range of diverse projects including the widening of the M2, the Channel Tunnel and Bluewater Shopping Centre.

Clive then moved to Boreham Consulting Engineers (subsequently bought out by Waterman), where he spent 14 years reaching the position of Technical Director. During this time he built up several teams and was the driving force behind the company’s first regional office (Dublin). His clients included Hammerson, St Modwen, Capital & Regional, Berkeley Homes, Bellway, Ford, Royal Mail and Tesco to name a few.

He has been involved in a wide range of projects, mainly throughout the UK and Ireland for both the private and public sector. He has also worked with fellow professionals on a range of schemes including retail (food and non-food), hotels, health, restaurants (including fast food), office, education (including nursery, primary, secondary and several universities/colleges), recreation/leisure, residential (including PRS, affordable and private), warehousing and distribution, energy, motorist facilities, ports, airports, land fill and waster transfer together with a number of strategic land projects (including up to 17,000 homes and associated uses).

Iceni Projects were appointed by LF100 Consulting Limited in Summer 2020 to prepare an ...

END_OF_DOCUMENT_TOKEN_TO_BE_REPLACED
We use cookies on our website to give you the most relevant experience by remembering your preferences and repeat visits. By clicking “Accept”, you consent to the use of ALL the cookies.
In case of sale of your personal information, you may opt out by using the link Do not sell my personal information.
Cookie settingsACCEPT
Manage consent