For people who have been in the industry longer than I have, they will know that these points have been heard countless times – or even every time a new leader or administration comes to pass.

Despite the recent sunshine, it has been a turbulent first few weeks of July for the Government. Following the resignation of Boris Johnson, the race for new Tory leadership has begun, with the front runners now including Rishi Sunak, previously Chancellor of the Exchequer; Penny Mordaunt, who without currently holding a front bench position may be better known to some for her performance on the ITV show The Splash; and Liz Truss, who in 2017 wished Hedgehogs a Merry Christmas during a statement to the House of Commons.

Regardless of their idiosyncrasies, it is their aspirations for tackling the housing crisis, were they given the keys to No.10, that the development industry will be more concerned with.

In 2020, Boris Johnson pledged to build 300,000 homes a year, accelerated by increased expenditure in modern methods of construction and modular housing concepts. However, the Government has fundamentally under-delivered on housing, which has not been aided by mixed messages on planning reform or indeed support for planning, the repercussions of both Brexit and the pandemic, the cost of living crisis, and shortages in materials and labour supply. Put simply, many would like a clear and progressive strategy for planning and housing put near the top of the prospective leaders’ agenda.

Thus far, the campaigns have focused on tax cuts and their perception of good leadership. However, at the end of last week during the Conservative Home hustings, the remaining contenders began to discuss their aspirations for planning in the UK.

Sunak highlighted the need for “urban densification” and outlined that our cities are the easiest place for housing development, and as such brownfield land should be prioritised. Sunak also noted that government needs to address “land banking”, making sure large developers can’t hog the land (don’t shoot the messenger).

For people who have been in the industry longer than I have, they will know that these points have been heard countless times – or even every time a new leader or administration comes to pass. This does not, however, deter the leaders from continuing with these claims, and Truss similarly spoke on removing the Stalinist restrictive “red tape” to make the development of brownfield land easier.

Truss also spoke of creating a planning system that makes it easier for the incremental increase of villages, with the principle of allowing any given village to expand by (a huge!) 4 to 5 homes a year. This refined response doesn’t quite compare to her previous claims in 2019 to build one million homes in the Green Belt, and surely won’t help meet the 300,000-home target (should it remain), however on the flip side, it does somewhat align better with the Conservative Party sentiment.

Penny Mordaunt, previously an advocate for co-living schemes, was quick to criticise housing targets for holding back development. Mordaunt has recognised the constraints of planning departments in terms of skills and capacity limitations, an issue many developers are facing now, and something that many in the industry will be glad to hear. Mordaunt has noted the merits of neighbourhood planning as a response to this.

The swift appointment of Marcus Jones as the new Housing Minister has been welcomed by the House Builders Federation (HBF) sector, however, the potential short-term nature of his position in the role, given the new leadership in September, leaves uncertainty on the future of proposed wide-ranging reforms, including the Levelling Up and Regeneration Bill, together with the proposed re-write of the NPPF, which has yet to come into force or be addressed by the frontrunners.

As Government prepares to go into recess the race continues at pace for Conservative leadership, and while there doesn’t seem to be anything for the planning industry to get excited about, a response to tackling the housing crisis simply must be a high priority for our new leader. 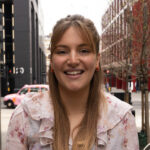 Ruby Ellis Assistant Planner,Planning
END_OF_DOCUMENT_TOKEN_TO_BE_REPLACED
We use cookies on our website to give you the most relevant experience by remembering your preferences and repeat visits. By clicking “Accept”, you consent to the use of ALL the cookies.
In case of sale of your personal information, you may opt out by using the link Do not sell my personal information.
Cookie settingsACCEPT
Manage consent