The London Plan is Published

It has been an especially fraught and politically protracted process this time around and Sadiq Khan was becoming very close to being the first London Mayor not to have been able to have adopted a new London Plan within his first term.

The new London Plan was formally published by the Mayor on 2nd March 2021.

It has been an especially fraught and politically protracted process this time around and Sadiq Khan was becoming very close to being the first London Mayor not to have been able to have adopted a new London Plan within his first term.

With the covid clock ticking on mayoral elections and purdah looming, the tit for tat between the Mayor and Secretary of State (SoS), especially over the last 6 months, was at risk of timing out Sadiq but they both negotiated hard and got there in the end.

As you can imagine, after nearly 5 years of preparation, 600 pages and more than 100 policies, the plan is stacked with everything for everyone and genuinely tries to be a plan for all Londoners, the key points to look out for are as follows:

London’s housing need is massive, and the London Plan has consistently failed to plan for and deliver enough housing.

The target is 52,000 net completions per year across London. The target does not meet the need, nor the projected population increase and neither did the previous plan. Robert Jenrick, in his last letter to the Mayor on the housing issue could not resist one last opportunity to criticise the Mayor and making his position crystal clear in stating “you still have a very long way to go to meet London’s full housing need, something your plan clearly and starkly fails to achieve. Londoners deserve better”. Cue the early review of the housing numbers. Cue the new Government methodology for calculating housing need coming into effect later this year (which substantially increases housing targets for many areas within London) and what do you have, you’ve guessed it, a right old mess.

Given all the houses that need building you might hope then for the plan to be a bit more accommodating on land release, even just a little. Well no. When it comes to the Green Belt in London, think belt not green. The plan does not prose to release a single notch, the policy being to protect such strategically important open spaces, to prevent urban sprawl and to focus investment and development on previously developed land.

So, if we cannot go out, surely, we can go up. Not really. While the plan has a strategic approach to support general optimisation of development and increases in density, the wind is certainly blowing against taller buildings. The plan encourages local authorities to set their own locations for tall buildings and to define what tall means for them. If local authorities can’t or won’t then the plan helpful provides a default definition as being ‘no less than 6 stories or 18 metres’, which is about the size of your average Zone 1 mansion block.

So if we cannot go out and we cannot go up, what about industrial land for housing? In line with the SoS Direction, the new Plan removes the previous ‘no net loss’ presumption in relation to Strategic Industrial Land (SIL) and Local Strategic Industrial Sites (LSIS). On the one hand, this allows a greater degree of flexibility for future redevelopment – including housing in Boroughs where needs are particularly high and land is constrained due to Green Belt and/or MOL. On this basis, the Plan states that in ‘exceptional circumstances’ Councils should explore the potential utilisation of industrial land for housing in meeting their London Plan target. This provides opportunity in areas such as Havering, Redbridge, Barking and Barnet.

However, and in bringing forward new sites, this must be balanced against other requirements of the Plan including the 50% affordable housing target which is still required where proposals result in a net loss of industrial capacity.

With removal of the density matrix, quality is a continued emphasis in driving appropriate densities and the creation of ‘good places’. This has now become a key strategic consideration for referable applications and ties in with the recent Government Paper (something both parties agree on). Demonstrating early and considered thinking will be increasingly critical moving forwards. This includes for Outline and Hybrid proposals, with design codes playing an important role in securing quality – which again, is echoed in the Government’s thinking around the future production of local plan making.

The Urban Greening Factor (UG) and the Circular Economy are two new items – focusing on the entire life cycle of the development, with tailored statements now being mandatory for all referable schemes (albeit this is also beginning to filter through at a local level). Net zero-waste, material re-use and recycling is all key, alongside meeting specific UG scores for different uses. This places a renewed emphasis on ensuring these issues are considered at feasibility stage. 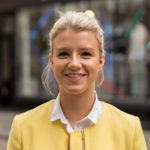 Lucy Howes Associate,Planning
END_OF_DOCUMENT_TOKEN_TO_BE_REPLACED
We use cookies on our website to give you the most relevant experience by remembering your preferences and repeat visits. By clicking “Accept”, you consent to the use of ALL the cookies.
In case of sale of your personal information, you may opt out by using the link Do not sell my personal information.
Cookie settingsACCEPT
Manage consent