Disillusionment over Brexit is expected to affect voter turnout in the elections– can the parties avoid the ‘B-Word’ to secure victory?

Voters across the 248 councils hosting local elections this year go to the polls tomorrow. The last time these seats were contested, it coincided with the 2015 General Election, where David Cameron celebrated gaining a raft of local seats, largely mirroring the national picture.

Growing disillusionment over the Brexit stalemate is expected to affect voter turnout in tomorrow’s elections – can the main parties avoid the ‘B-Word’ to secure a positive result?

Voters across the 248 councils hosting local elections this year go to the polls tomorrow. The last time these seats were contested, it coincided with the 2015 General Election, where David Cameron celebrated gaining a raft of local seats, largely mirroring the national picture.

Four years on, whilst the context surrounding these elections is markedly different, it remains to be seen how the national sentiment will be represented at a local level, and the extent to which the main parties can avoid the ‘B-Word’ to secure a positive result.

Unsurprisingly, the two major parties have chosen to conduct their campaigns without overt reference to the divisiveness of the national debate – in contrast to the Liberal Democrats for example, who are running on this issue alone.

The Conservatives, marred by the tumultuous fight to secure a Brexit deal, are looking to change their recent misfortunes by removing themselves from the European issue and avoiding a ‘Brexit penalty’, as termed by Tory peer Lord Hayward. Instead, they have focused on local services and council tax, arguably taking the campaign back to what it should be about, local issues. For example, the Tories’ pothole campaign that proudly announced they have fixed more potholes than Labour since 2016 (the irony that these potholes are the result of Tory cuts will not be lost on voters).

Voters have traditionally utilised local elections to vent their frustrations at the national parties, even if they intend to vote for them at the generals. This will be even more prevalent given the current climate; with the two major parties becoming increasingly defined by their Brexit positions. Removing themselves from this at a local level may prove to be the clearest (if the most challenging) path to success.

And what about Labour? The party ‘For the Many, Not the Few’ have alienated voters with their support for a customs union and general ambiguity towards Brexit. They have failed to capitalise on Tory mistakes, alienating many of their pro and anti-Brexit supporters. These voters may turn to single-issue Brexit rebel parties, or decide to not vote at all, leaving Labour similarly eager to prioritise the importance of a ‘local’ perspective.

Avoiding Brexit and looking to the local seems to be the main campaign strategy for the Conservatives and Labour. But in reality, the lack of focus on local issues, or indeed any other issues apart from Brexit, will undoubtedly leave voters scratching their Brexit itch at the polls; despite the best efforts of the main parties.

At Iceni, the Engagement team will be watching the results closely and analysing what they could mean for our clients. If there is a local authority you would like us to monitor, please do get in touch. 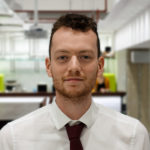