Human remains and archaeology: when is it ok to dig up the dead?

The ethics of how, when and why human remains are excavated to facilitate development is subject to ongoing debate. At present, the treatment of human remains is protected by law, specifically the Burial Act of 1857 and the disused Burial Grounds Act of 1884 (amended 1981).

In construction, the discovery of skeletons is not uncommon. If this is an unexpected occurrence for a developer, it can be a costly and time-consuming experience. Whilst sometimes it is easy to spot and avoid a visible burial ground, the extent of many historic and ancient burial cemeteries are generally not visible or undetermined and may catch a developer off-hand. Skeletons have been uncovered at great depth under basement buildings in city centres, as well as scattered across empty green fields in the middle of nowhere.

Where human remains have the potential to be disturbed within a consecrated Church of England (CoE) burial ground, Faculty Consent must be sought from the Church of England. Faculty Consent can be obtained by application to the regional Diocese. On a development site that contains a recognised burial ground that is not consecrated by the CoE (the more common occurrence), a Licence from the Ministry of Justice approving the exhumation of human remains archaeologically, is required.

Archaeological excavation of human remains must be undertaken sensitively, treating the remains with respect, dignity and due care, as well as screened from public view. Once excavated, the remains may be studied by an osteologist, a specialist in the study of human skeletons. Skeletons may be re-buried in consecrated ground or retained in a museum for future study.

The study of human remains contributes to our knowledge about the health of people in the past and the type of diseases and injuries which afflicted different populations throughout history. Burials from London dating to the late 18th early 19th century relating to the poor and working class regularly present evidence of extensive dental disease and rickets due to the poor diet of these people. Degenerative joint disease, arthritis and evidence of healed industrial injuries are commonly found to be present due to the vast number of workers labouring in factories during the industrial revolution. Syphilis was widespread across the social classes during this period, infecting and disfiguring bones, until it eventually led to death. 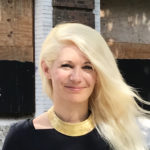 Claire Cogar Director,Archaeology
END_OF_DOCUMENT_TOKEN_TO_BE_REPLACED
We use cookies on our website to give you the most relevant experience by remembering your preferences and repeat visits. By clicking “Accept”, you consent to the use of ALL the cookies.
In case of sale of your personal information, you may opt out by using the link Do not sell my personal information.
Cookie settingsACCEPT
Manage consent