Housing Targets - Back in the USSR

It’s been 70 days since I wrote about how the incoming Prime Minister Liz Truss declared she wanted to abolish ‘Stalinist’ centrally set housing targets and how the argument on this is often cyclical. While the previous cycle took around 10 years to shift from hyperbolic comparisons to the USSR to quietly adopting a centralised position, this time it has taken two months.

Michael Gove – back as Secretary of State (and apparently taking us back to the USSR) announced that the Government is again committed to delivering 300,000 homes a year, we just need to rethink how we set this target centrally.

That’s not the only screeching U-turn being observed in Westminster. Having campaigned on a policy of restricting development to brownfield land only, Sunak is now reviewing all pledges in the light of changed economic circumstances.

So, if we assume Sunak is returning to his roots and seeking a more Thatcherite approach to housing policy, where might we end up?

The reappointment of Gove is a key indicator. It is widely understood that prior to his sacking Gove had evolved the 2020 White Paper planning reforms into something more palatable for Conservative backbenchers. Supposedly these were ready to be released, but the only thing holding up publication was a decision over a new methodology for calculating housing need.

It seems logical that Sunak is looking to resurrect something that could gain support from his party. He will want to put his own spin on the things, but reforms such as an Infrastructure Levy, more widespread use of design codes and the digitisation of planning would appear likely to remain.

That leaves the thorny issue of housing targets – the most difficult decision of all. Sunak and Gove cannot risk upsetting a restless and bloodthirsty Conservative parliamentary party. They have an election in the next two years that they are not exactly approaching from a position of strength. Set against this they need to be seen to be doing something to combat the cost of living crisis and seeking to drive up housebuilding is one way to point to action on this.

My best guess would be a continued fudge of the numbers which pushes as much housing as possible to Labour controlled cities and areas of the North that would welcome further housing. Although, this would be contrary to the latest demographics and affordability evidence. Tory MPs could also be further placated with the removal of the threat of five year housing supply appeals for up-to-date Local Plans. To a point Sunak is backed into a corner trying to balance the demands of his party while addressing the needs of the country. 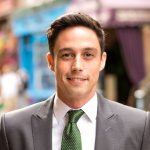 Jamie Sullivan Director,Planning
END_OF_DOCUMENT_TOKEN_TO_BE_REPLACED
We use cookies on our website to give you the most relevant experience by remembering your preferences and repeat visits. By clicking “Accept”, you consent to the use of ALL the cookies.
In case of sale of your personal information, you may opt out by using the link Do not sell my personal information.
Cookie settingsACCEPT
Manage consent