Local authorities are however not legally obligated to require First Homes as a form of affordable housing so it’s been interesting to track the responses so far and they appear to fall into three categories.

The Government expects that 25% of all affordable homes are to be delivered as First Homes, squeezing out shared ownership products. A ‘transitionary period’ for decision making ended on 28 March and the policy now applies to all planning applications determined after that date.

Local authorities are however not legally obligated to require First Homes as a form of affordable housing so it’s been interesting to track the responses so far and they appear to fall into three categories.

Then there are the those that reject First Homes altogether. Namely, the GLA and Labour London authorities, who have stated (and sought to evidence) that First Homes do not represent a genuinely affordable housing product. While most London Borough’s have yet to officially confirm their position, given the GLA’s stance, it is likely that a number of Labour controlled London Boroughs will follow suit. Iceni has identified four Labour controlled Boroughs who have informally confirmed this position.

Then there are the authorities who have yet to officially announce their position, which is the case with the majority.

The initial interest from developers has also dampened following the introduction of price caps, which in higher value areas create an expensive product that is difficult to make work.

While purchasers may be interested in discounted homes, the additional obligations may be a deterrent. For example, if purchasers wish to sell on their First Homes, they will need to reapply the discount and new purchasers would need to meet First Homes criteria. In addition, only new-build homes, which generally sell at a premium are available on the scheme.

Iceni is working with a number of authorities across the country to develop the evidence base around First Homes and has experienced an increase in enquiries over the last six months, leading us to anticipate that the policy landscape will develop in the short-term.

What’s clear is that this politically driven form of affordable housing has a testing few months of implementation ahead. 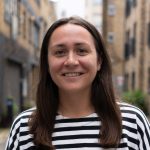 Sophie Heritage Senior Planner,Planning
END_OF_DOCUMENT_TOKEN_TO_BE_REPLACED
We use cookies on our website to give you the most relevant experience by remembering your preferences and repeat visits. By clicking “Accept”, you consent to the use of ALL the cookies.
In case of sale of your personal information, you may opt out by using the link Do not sell my personal information.
Cookie settingsACCEPT
Manage consent