New technology such as battery storage and bifacial panels are becoming more mainstream and shaping the evolution of the solar industry…however, solar energy needs to be supported by a more coherent government strategy to identify suitable sites and expedite the transition towards cleaner energy forms.

As I write this it’s an overcast August morning, yet the UK is currently generating 17.7% of its electricity demand from solar energy, quite impressive for an industry which has only seen large-scale investment since 2010. Back in 1931, American inventor Thomas Edison saw great value in the potential of solar energy. Whilst discussing the future of renewable technologies with his friend and automobile tycoon Henry Ford, he is quoted as saying “I’d put my money on the sun and solar energy. What a source of power! I hope we don’t have to wait till oil and coal run out before we tackle that”.

British businesses are taking advantage of the benefits of solar energy, including Thames Water whose Queen Elizabeth II reservoir on the outskirts of London is home to one of Europe’s largest floating solar plants. Previously, the reservoir was solely used to store drinking water, but now 23,000 panels float on the surface with 100% of the electricity being used to treat drinking water, an energy-intensive process. Similarly, Belfast International Airport is connected to the first solar farm on the island of Ireland, located just 500m from the terminal. The airport benefits from a guaranteed supply, saving over £100,000 in electricity bills annually.

Subsidy support has steadily reduced over the years and ended in 2019. As a consequence, we’ve seen the size of solar farms drastically increase to maintain viability. Last year the Secretary of State for Business, Energy and Industrial Strategy granted consent for the UK’s largest solar scheme at Cleve Hill Solar Park in Kent, which will be over 490 hectares in size with the potential to power over 91,000 homes.

New technology such as battery storage and bifacial panels are becoming more mainstream and shaping the evolution of the solar industry. Moreover, solar consistently polls as the public’s most popular form of electricity generation, followed by tidal and offshore wind, and significantly higher than fracking. However, this needs to be supported by a more coherent government strategy to identify suitable sites and expedite the transition towards cleaner energy forms. Unequal barriers for new deployment puts the industry at a competitive disadvantage compared to fossil fuels. The UK Government’s stimulus commitments to fossil fuels are 32 times greater than renewables.

One of the solar opportunities Iceni is currently advising on is a proposal for the first ground-mounted solar park in the Glasgow City Council area, the host city of COP26. Energy independence and self-sufficiency is proving to be more important than ever, and a climate emergency has been declared by national and local governments. On Monday the Intergovernmental Panel on Climate Change published its sixth assessment report which has been deemed as “code red for humanity”. With this in mind, let’s hope Thomas Edison was right and we don’t have to wait until fossil fuels run out. 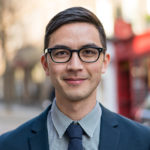 Jon Wright Associate,Planning
END_OF_DOCUMENT_TOKEN_TO_BE_REPLACED
We use cookies on our website to give you the most relevant experience by remembering your preferences and repeat visits. By clicking “Accept”, you consent to the use of ALL the cookies.
In case of sale of your personal information, you may opt out by using the link Do not sell my personal information.
Cookie settingsACCEPT
Manage consent