The development is granted in outline and allows up to 2,800 new homes, alongside the consolidation of the Eastgate Shopping Centre.

After over four years work, Iceni were notified in late September of the Inspector’s decision on the redevelopment of the Eastgate Centre and its surroundings in Basildon town centre. An appeal against non-determination was allowed and planning permission granted. The appeal was submitted off the back of a resolution to grant permission in April 2021, albeit a change in political control of the Council meant the S106 was never signed and thus permission never granted.

The development is granted in outline and allows up to 2,800 new homes, alongside the consolidation of the Eastgate Shopping Centre. The flexible nature of the permission, which includes market housing, affordable housing, later living, student accommodation, co-living and office accommodation gives the best opportunity for the scheme to evolve over time through reserved matters applications, meeting the changing needs of the town centre and it’s users. A redevelopment of the bus station and down grading of the unattractive roadways around the town centre are notable benefits.

The proposal is an important one for Basildon. With a failing town centre, which has limited evening economy and only minor pockets of housing, it’s future is in the balance. Given the transport links and areas of greenery around the centre it has the potential to be an attractive and desirable area to live, especially as housing in the borough is hugely expensive when balanced against average earnings. More housing is needed within the wider borough, and the town centre location is an obvious one for more density, height and a range of uses. It also strengthens the longevity of the Eastgate Centre. One doesn’t have to be a planning professional to understand that these types of locations are exactly where development and housing should be delivered – and quickly.

The critical need for housing is expressed in the Inspector’s Report. Basildon Council, in his view, has approximately 2 years housing land supply and has persistently under delivered, has little prospect of them getting an adopted plan in place before 2025 and ‘even that seems optimistic given the track record’. This should serve as a reminder to councils who do not have a Local Plan in place, or are a considerable period of time away from being able to adopt one. Simply ‘doing nothing’ on housing delivery should not be an option.

The attractiveness of investment in Basildon town centre and economic benefits were noted as real positives by the Inspector, particularly coupled with other developments in the town centre that have also been approved recently on appeal. The future of Basildon looks good, but it has taken an unduly arduous planning process to make it so. 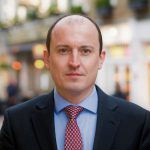 John Mumby Director,Planning
END_OF_DOCUMENT_TOKEN_TO_BE_REPLACED
We use cookies on our website to give you the most relevant experience by remembering your preferences and repeat visits. By clicking “Accept”, you consent to the use of ALL the cookies.
In case of sale of your personal information, you may opt out by using the link Do not sell my personal information.
Cookie settingsACCEPT
Manage consent