Overall, the changes have seen a general doubling-down by the GLA on their position on some of the most critiqued and hotly debated topics from the EiP, along with a strengthening of the themes of design, character and inclusivity.

The GLA published the Consolidated Changes draft on the London Plan last week. We digest some of the key takeaways from the changes, in anticipation of the Inspector’s Report publication.

Overall, the changes have seen a general doubling-down by the GLA on their position on some of the most critiqued and hotly debated topics from the EiP, along with a strengthening of the themes of design, character and inclusivity. However, there have been some concessions of flexibility, most notably on industrial land policies.

Iceni’s summary of the London Plan Examination in Public can be found here.

The controversial housing targets, increasing to 66,000 homes per annum, remain. The Inspectors’ report will provide some clarification on the acceptability of the methodology behind this that has been heavily critiqued by national government.

However, the Consolidated Changes has removed the annualized average housing target for each borough. Instead, the Mayor is recommending local authorities adopt a stepped approach to delivering the overall 10 year target, to allow for a more gradual increase in delivery. This may lead to some uncertainty in the short term over annual targets and housing land supply.

Locally defined tall building definitions and locations caused some debate during the EiP. However, the new draft has only strengthened the GLA’s position, adding further guidance and requirements for local authorities to identify appropriate locations on policy maps. Crucially, the wording specifying that “only” in these locations would tall buildings be acceptable was retained.

Whilst the draft plan has removed the density matrix, specification has also been added in for the criteria for when a scheme requires a design review; if they are above 30m in height (or locally defined as tall), and if including a residential component specification has been added to trigger the review at 350 units per hectare or above.

The design policies have also seen greater emphasis placed on local character and inclusivity, with additional requirements for character area assessments to understand how places are “perceived, experienced and valued” when planning for growth. Iceni’s Nairita Chakraborty has previously shared with The Planner her experience of undertaking such character studies here.

This focus has also been emphasized in the social infrastructure policies, with more rigorous requirements for inclusive local needs assessments.

There was some concession on industrial land policies, via the inclusion of footnote 46E, proposed during the EiP which notes that on land requiring significant and costly remediation, the 35% affordable threshold may be acceptable rather than 50%, subject to detailed viability.

There was also some softening of the 65% plot ratio requirement for industrial land, which was heavily critiqued during the EiP to result in some sites not being commercially viable or operationally effective for some occupiers. The consolidated changes draft now includes provision for exceptional circumstances allowing some net loss of industrial floorspace on redevelopments that are not identified for co-location or SIL/LSIS consolidation.

Should you wish for more information or to discuss specific policy areas, please do contact Iceni’s Central London Planning Team 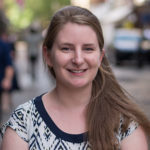