Changes To the Highway Code (January 2022)

It’s clear from these changes that there is a shift of priority on our highways, with the car no longer being the dominant mode that it has been for several years.

A review of the highway code was conducted by the Government recently. The most recent update was in December 2021, with the changes due 29th January 2022. Three important changes that have been made are as follows:

1. An introduction of a hierarchy of road users, ensures that those road users who can do the greatest harm have the greatest responsibility to reduce the danger or threat they may pose to others.

3. Cyclists’ road position has now been referenced in the highway code and in order to be visible to other road users, they should ride in the centre of the lane and consider two abreast. However, a cyclist should be considerate of drivers and move over when safe to do so.

4. Drivers should not undercut or overtake cyclists when turning into or out of a junction. This includes turning into a junction as the cyclist may be crossing as part of a parallel cycle lane. Although admirable that the cyclist and indeed pedestrians have priority how many drivers are going to stop for the cyclist and how many cyclists are going to cross the junction having right of way!!! Is this change in the regulations possibly a step too far? Should the cyclist be made to pause, but still have the priority?

5. There is now a stronger push in the Highway Code for cyclists to wear helmets although still not mandatory,

It’s clear from these changes that there is a shift of priority on our highways, with the car no longer being the dominant mode that it has been for several years. In theory, these changes should make the roads safer for those most vulnerable by slowing vehicle speeds, and making drivers more aware of their surroundings. This could also encourage people to pursue other methods of transport rather than a car

To read more on the 2022 Highway Code changes click here 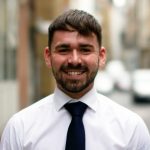 Aidan Pearce Senior Technician,Transport
END_OF_DOCUMENT_TOKEN_TO_BE_REPLACED
We use cookies on our website to give you the most relevant experience by remembering your preferences and repeat visits. By clicking “Accept”, you consent to the use of ALL the cookies.
In case of sale of your personal information, you may opt out by using the link Do not sell my personal information.
Cookie settingsACCEPT
Manage consent