Last Thursday saw the publication of the UK Government’s Energy Security Strategy, ‘Secure, clean and affordable British energy for the long term’. The report sets out a strategy for producing 95% of electricity from low-carbon sources by 2030, reducing reliance on imports in response to rising energy prices.

Last Thursday saw the publication of the UK Government’s Energy Security Strategy, ‘Secure, clean and affordable British energy for the long term’. The report sets out a strategy for producing 95% of electricity from low-carbon sources by 2030, reducing reliance on imports in response to rising energy prices.

The Prime Minister has made offshore wind and expensive nuclear power generation the focus. On offshore wind, the Government has announced it will amend the Planning Act 2008 to create a ‘fast-track consenting route for priority cases’, with approval times slashed from 4 years to 1. The strategy also pledges to generate as much as 24GW of electricity from nuclear power by 2050. On solar power, the strategy proposes to consult on amending planning rules to favour solar panel development on non-protected land and simplifying the planning process for rooftop solar panels.

However, for all the ambitious statements the strategy is curiously light on commitments to onshore wind, a renewable seen by many as essential to decarbonising our economy quickly. The Government has stepped back from a previously discussed ambition to increase onshore wind, instead developing local partnerships for a limited number of communities who wish to host new onshore wind infrastructure in return for lower energy bills. Onshore wind is still excluded from capacity auctions for new power generation and must meet rigorous planning requirements. In England, we have a policy environment which favours refusing onshore wind, with Government guidance stating:

From a recent study onshore wind would appear to be popular, with 80% of people in the UK quoted as supporting it and only 1% saying they strongly oppose it . But does anyone know where to put it? Given the Government have moved away from it, it’s clearly not a vote winner at a local level. With 300 local authorities declaring a climate emergency perhaps they have a role in directly promoting onshore wind through the planning process.

The Prime Minister has said he wishes to see the UK become the ‘Saudi Arabia of wind power’ by 2030 and the topic has been discussed for decades. But will the recent implications of a reliance on imported gas and a cost-of-living crisis mean we finally see a change in our energy strategy? 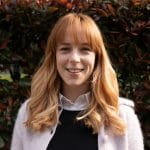 Sarah Willson Planner,Planning
END_OF_DOCUMENT_TOKEN_TO_BE_REPLACED
We use cookies on our website to give you the most relevant experience by remembering your preferences and repeat visits. By clicking “Accept”, you consent to the use of ALL the cookies.
In case of sale of your personal information, you may opt out by using the link Do not sell my personal information.
Cookie settingsACCEPT
Manage consent