Brexit: Should planners have had a greater influence on the process?

For readers who are not aware, the process for adopting a Local Plan (which directs future development in a Local Authority), commences with an open consultation on the main Issues and Options facing a Local Authority (employment/housing need/traffic etc.).

As the Brexit process becomes increasingly drawn out and unclear, I cannot help making a reflection on the process to date by providing an analogy between it and another democratic process in Government – the creation of a new Local Plan.

For readers who are not aware, the process for adopting a Local Plan (which directs future development in a Local Authority), commences with an open consultation on the main Issues and Options facing a Local Authority (employment/housing need/traffic etc.). Comments are then taken into consideration, together with the findings from various technical reports related to housing, employment etc. shaped by national demographics which form the evidence base for a draft Local Plan. This draft Local Plan is then open for consultation again, following which it is amended where required and submitted for examination by an independent Planning Inspector. The Inspector reviews the information provided, holds an independent public examination on key considerations and then either approves the Local Plan for adoption, requests minor amendments, or refuses it.

The Government held its referendum in June 2016 to determine the public’s view on our membership of the European Union. A relationship which directs our economic, environmental and social development, a somewhat similar influence as a Local Plan. Given there was no clear evidence base or understanding of the pros/cons of membership at the time, the 2016 referendum was essentially this Government’s own Issues and Options consultation on ‘Leave’ or ‘Remain’. Not consulting on how we leave, rather consulting on whether we should leave, presenting an option to address the issue at the time.

There is no set precedent on how to effectively conduct a referendum on a process such as Brexit. Whilst hindsight is a beautiful thing, I believe undertaking a similar approach to adopting a new Local Plan would have greatly assisted the Government. If the Government announced in 2016 it was to hold two referendums, one on whether we leave/remain and the other to address the result, so in this case, on how we leave (following negotiations/ publication of research into impacts) it would provide clarity for businesses and the public through increased transparency and understanding of the process and its said outcome(s). Holding essentially the Government’s own consultation on its draft Plan for the future of this country.

However, the means to an end have not been consistent or clearly defined, which is why the Brexit process to date has been so chaotic and uncertain. Lessons should have been learnt from other areas of governance, particularly when consulting the public on complex and sensitive matters where evidence-based policy making is used to justify a decision. The London Plan, for example, is currently under public examination, focusing on numerous policy topics encompassing 32 London boroughs. Each stage of the process is clearly defined, which allows for better understanding, explanation and examination of key issues. Following a similar process could have provided a familiar roadmap for the Government to better engage the public and businesses on what is a complex issue – and even we would suggest is more important than town planning. 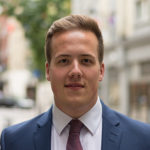