Defining social value as a ‘catch-all term used to describe the difference the games can make to Birmingham, the West Midlands and its people, the games are the first to use a Social Value Charter to assess legacy.

With the Commonwealth Games just around the corner, Birmingham will be showcasing the very best sporting talent for 11-days. To accommodate the games, the city has built a new athletics stadium and aquatics centre with upgrades made to existing sporting facilities across the city. Being from the West Midlands (and a socio-economic consultant), I am interested to see how the event will act as a catalyst for the transformation of the city and wider region not only during the games but also once the event is over.

It doesn’t take too many google searches before you learn how embedded social value has been to the development of the games. Defining social value as a ‘catch-all term used to describe the difference the games can make to Birmingham, the West Midlands and its people, the games are the first to use a Social Value Charter to assess legacy. Included within the Charter are factors such as recruitment programmes to reach out to harder-to-reach communities, developing an apprenticeship programme, improving active transport initiatives and making suppliers commit to circular economy initiatives.

To some, the success of the games may be seen as how many world records are achieved or high ticket sales. Therefore, it may seem odd that the organisers are placing such importance on delivering positive social value long after the games have ended. However, in the context of “levelling up” hosting will provide the impetus to deliver not only economic change to the City, but also deliver ‘people-powered change’ for years to come.

For comparison, this year also marks 10 years since London hosted the 2012 Olympics. However, when you search for the legacy impact on google the result appears mixed. Some commentators provide a glowing review of the games 10 years on, defined by how the Games transformed a part of East London or how the stadium has been successfully repurposed for West Ham Football Club. Others, however, see the games as false promises and the creation of a divided community. The lessons learnt from London 2012 put into context how important focusing on social value is, and at inception.

In many ways, Birmingham’s approach to the Commonwealth Games and embedding social value is nothing new. This is because the legislation and policy are present through the Social Value Act (2012) and with the NPPF through achieving sustainable development. Within these documents, it is made clear that wider public good should benefit from developments rather than a private individual.

Not to wish the Games to be over before they have begun, but the Birmingham Commonwealth Games efforts make it very clear that having a positive social value will be the defining legacy of these games and is a key aspiration of the organisers. While this is commendable, only time and hindsight will show if these aspirations have been achieved or if the Games will create a mixed outcome. 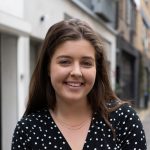 Laura Carver Consultant,Impact Management
END_OF_DOCUMENT_TOKEN_TO_BE_REPLACED
We use cookies on our website to give you the most relevant experience by remembering your preferences and repeat visits. By clicking “Accept”, you consent to the use of ALL the cookies.
In case of sale of your personal information, you may opt out by using the link Do not sell my personal information.
Cookie settingsACCEPT
Manage consent