Biodiversity Net Gain - What’s It All About?

Statistics show that UK wildlife is deteriorating at an alarming rate with more than half of all species becoming scarcer and 15% at risk of distinction.

While the country is in the midst of the political crisis that is Brexit, the government is still pushing ahead on some of the other day-to-day matters. In the Chancellor’s Spring Statement, Philip Hammond set out the government’s renewed efforts to tackle the UK’s chronic housing shortage as well as their plans to raise the profile of environmental concerns, by calling for “a series of green policies” that will help homes become more energy efficient and place an economic obligation on protecting the environment. Of note is the requirement for new housing and infrastructure developments to provide an increase in biodiversity.

Statistics show that UK wildlife is deteriorating at an alarming rate with more than half of all species becoming scarcer and 15% at risk of distinction. Poorly planned development is often blamed for causing ‘wildlife deserts’. In a bid to combat this, the Chancellor announced that under the new Environment Bill, it will be mandatory for all new developments in England to deliver an overall increase in biodiversity.

What does this mean for developers? It’s been suggested that potential development sites would be graded according to their current environmental status, with developers then required to demonstrate an enhancement in biodiversity by planting more trees, for example, or creating green corridors to protect wildlife habitats etc. Where green improvements cannot be made, developers will be liable to fund habitat protection and restoration schemes elsewhere.

The Spring Statement follows a recent DEFRA consultation on Biodiversity net gain: updating planning requirements which states that “Net gain is an approach to development that aims to leave the natural environment in a measurably better state than beforehand.” Although supported by the NPPF, the consultation document presents the first formal mechanisms for assessing net gain proposals as part of the planning process.

The details are still being worked out as to how Net Biodiversity Gains is going to be practically applied; how it will be proportionate to the development and not an open-ended requirement with severe financial implications. The DEFRA consultation has come up with three scenarios of where net gain will be applied:

On-site provision – the developer is able to avoid harm, mitigate or provide enhancements on-site;
Offsite provision – the developer is unable to avoid, mitigate and compensate all impacts on-site, but is able to secure local compensatory habitat creation; or
Financial Contribution – the developer is unable to avoid, mitigate and compensate on site and unable to find local compensatory habitat to invest in. A tariff is therefore used to fund cost-effective habitat creation projects according to local and national conservation and natural capital priorities.
Making biodiversity net gain mandatory signals a shift towards the requirement for development schemes to be truly sustainable through ensuring the delivery of necessary housing and infrastructure does not compromise the integrity of the natural environment. If biodiversity net gain is to be effective it should be built into the design. Providing spaces for nature in a development should be viewed as an opportunity, rather than a risk or a burden. 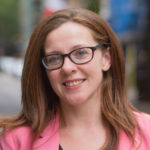