A Place in the Sun or Escape to the Country?

The 2018/19 English Housing Survey (2) estimated that there was a total of 495,000 second homes primarily used as holiday homes located in the UK.

Following Plaid Cymru kicking off their local election campaign by promising to “take radical action on second homes”(1)in Wales and public outcry regarding the four holiday cottages bought by Dr Alex George (of Love Island fame) in Pembrokeshire. Second homes seem to have gained some media attention of late.

The 2018/19 English Housing Survey(2) estimated that there was a total of 495,000 second homes primarily used as holiday homes located in the UK. More recent data from the Office of National Statistics (ONS)(3) shows that tourist hotspots are seeing median house prices increase most sharply in the UK with the Isle of Scilly (47%), Richmondshire (26%) and Ceredigion (17%) seeing huge price increases from September 2020 to September 2021.

The increase in second homes in tourist hotspots works to price out local people through reducing the stock available on the market, which if not replenished then leads to increased property prices. Evidence suggest that this is the case not just in homes for sale but also homes for rent, with a Guardian(4) investigation in 2021 finding over 1,000 properties listed online for short term holiday let across Cornwall but just 62 listed for let on Rightmove.

In addition to the impact on property prices, concerns are also raised regarding the impact second homes have on communities and local services, with many second homes being unoccupied for large portions of the year. On the other hand, the use of second homes as holiday homes can undoubtedly boost tourism within local economies.

Existing strategies to try and curb second home ownership have included, up to 100% council tax premiums and increased stamp duty charges for second homes. Potential future approaches may include increasing council tax premiums to 300%, introducing planning policies to require change of use applications for holiday lets and new classifications for properties used primarily as second homes. However, recent research from the Welsh government(5) suggests that policy interventions which specifically focus on second home ownership have very limited effectiveness on the ground.

Realistically, the direct impacts of second home ownership within many areas are difficult to accurately quantify. It is unfortunate that second home ownership is highly concentrated in areas that are heavily reliant on tourism, a typically low paid sector, which likely exacerbates the impact of increasing house prices on existing communities. Looking forwards, the impact of high concentrations of second homes will need to be accounted for within the creation of planning policy with effective strategies put in place to mitigate the overall impact on communities. 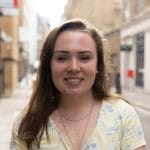 Josie Doherty Consultant,Economics
END_OF_DOCUMENT_TOKEN_TO_BE_REPLACED
We use cookies on our website to give you the most relevant experience by remembering your preferences and repeat visits. By clicking “Accept”, you consent to the use of ALL the cookies.
In case of sale of your personal information, you may opt out by using the link Do not sell my personal information.
Cookie settingsACCEPT
Manage consent