A fortnight in and looking ahead – What are the implications of a Truss administration for the built environment?

However, with Liz Truss achieving success and having suitably shaken-up the Cabinet, a key question is – what can we expect her to prioritise now she is actually in office?

PINS, competing priorities and party politics – what might unfold now that Liz Truss has won the race for Leader, and an insight into the new Secretary of State for DLUHC.

Whilst attention has been understandably diverted in the first fortnight of the Truss Administration, this is certainly not to say that the spotlight on the new PM has dimmed. During the race for leadership, we provided commentary on the candidates’ plans to tackle the housing crisis (Neighbourhood Planning? Village Growth? – what’s the next Conservative Party Leader’s plan for tackling the housing crisis?). However, with Liz Truss achieving success and having suitably shaken-up the Cabinet, a key question is – what can we expect her to prioritise now she is actually in office?

Some commentators are concerned that Truss’ priorities will largely be guided by the lead up to a 2024 election, and that the lack of short-term housing and planning policy targets will result in competing priorities.

However, within less than 48 hours of her appointment, Truss aired her views on localism and the planning system with a jab at the Planning Inspectorate (PINS) at her first PMQ; Truss stated that it is ‘too easy’ for Local authorities to be overruled by PINS, and that she is ‘expecting’ her Secretary State for Housing to look at this issue.

*Enter Simon Clarke, the New Secretary of State for DLUHC (Department for Levelling Up, Housing and Communities)*

Simon Clarke, MP for Middlesbrough South and East Cleveland, served as minister of state for regional growth and local government in the MHCLG, and spent the past year working as Chief Secretary to the Treasury. However, as the eighth appointment to the role under the Tory Government post 2010, succeeding Greg Clark who served a mere two months in the position – how will he be any different? And will he last long enough to see any real progress?

Firstly, Clarke shares Truss’ view that top-down housing targets need to be scrapped, which is viewed as a potentially disastrous move if they want to succeed in delivering new homes at the rate required.

However, as a ‘Red Wall’ MP, there’s hope that he will devote more attention ‘Levelling Up’ than his predecessors, and most significantly, it’s Clarke’s stance on the Green Belt that make him an arguably promising appointment.

In 2018, Clarke authored a paper calling for the Government to relax Green Belt Rules to increase land supply and tackle issues of affordability. More recently his tweets from 2021 flag the chronic housing crisis and land supply shortage in contrast with the doubling of the not-always-so-green, Green Belt.

Clarke has also been viewed as a strong advocate for the delivery of Net Zero to tackle climate change, leading a letter in 2019 asking the then Prime Minister to back a UK the target ahead of 2050 which was signed by 192 MPs from different parties. However, many were disappointed at his opposition to a windfall tax for energy companies in his first few days in the job.

Overall, the ‘luckynumber8?’ hashtag seen floating about Twitter and LinkedIn shortly after Clarke’s appointment sums up the sceptical, yet quietly hopeful feeling within the planning and development industries. Whether Clarke will make a U-turn from his position on the Green Belt in favour of mitigating political risks in Conservative Home County constituencies in the short term, and whether he will follow through with abolishing strategic housing targets, only time will tell. 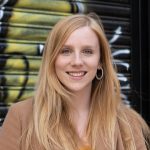 Molly Purcell Assistant Planner,Planning
END_OF_DOCUMENT_TOKEN_TO_BE_REPLACED
We use cookies on our website to give you the most relevant experience by remembering your preferences and repeat visits. By clicking “Accept”, you consent to the use of ALL the cookies.
In case of sale of your personal information, you may opt out by using the link Do not sell my personal information.
Cookie settingsACCEPT
Manage consent