Critically, the Mayor’s Plan falls well short of the Objectively Assessed Need (OAN) for housing to the tune of circa 126,000 homes.

On 9th December, Sadiq Khan sent a letter to the Rt Hon Robert Jenrick, the current Secretary of State for Housing, Communities and Local Government, confirming his intention to publish the new London Plan. Given the Plan has satisfactorily cleared public consultation and a lengthy Examination-in-Public, and the Mayor has exercised his discretion as to which of the Panel of Planning Inspectors’ recommendations to accept and reject in accordance with the relevant Mayor of London Regulations, the Mayor is all but a few weeks away from being able to adopt his new Plan.

On the face of it, all fairly innocuous stuff – all four previous versions of the Plan have been swiftly adopted from this position. However, all four previous versions were submitted by London Mayors whose political colour aligned with that of the Government at the time. An incumbent Labour Mayor is submitting a Plan to a powerful new Conservative Government, five months before a Mayor of London election where, according to the polls, he is streets ahead of the opposition and the Conservative is candidate is… well, the average reader is probably unaware of who the Conservative candidate is. (It’s Shaun Bailey FYI). Furthermore, the Plan has significant deficiencies.

Whilst the Greater London Authority Act and Mayor of London Regulations afford the Mayor considerable power, the legislation affords the Secretary of State ultimate discretionary power to intervene in the Plan process at this juncture if he/she considers the Plan to a) be inconsistent with national planning policy; or b) pose detriment to the interests of areas outside of Greater London. Against both of these litmus tests, the new London Plan falls short.

Critically, the Mayor’s Plan falls well short of the Objectively Assessed Need (OAN) for housing to the tune of circa 126,000 homes. This failure to meet OAN is both inconsistent with national planning policy and arguably detrimentally affects the (almost exclusively Conservative run) areas surrounding London, who will be required to consider whether they can meet London’s missing 126,000 homes through Duty to Cooperate should the Secretary of State allow the Plan to be published in its current form.

The requirement for Plans to meet OAN has been highly effective in forcing authorities to take difficult decisions on growth, including those adjoining Home Counties Districts around London, who have been forced to commit to Green Belt Review over the past few years because of it. The Mayor has flatly rejected a series of explicit Panel recommendations to commit to a strategic Green Belt review, and he is asking the Secretary of State to effectively endorse a “brownfield forever” policy for a majority Labour-run City, against the backdrop of very unhappy surrounding Conservative Districts that have already taken one round of pain and could be in line for another through London’s failure to meet its need.

So will the Secretary of State intervene? Well, it would not be the first time a powerful Government has been offered a golden opportunity to fix the failures of the planning system in London and the South East, but was scared off by the political risks of implicitly or explicitly endorsing Green Belt review. However, it is highly unlikely that any self-respecting Secretary of State would conclude that the failure to adequately plan for London’s housing requirement is in any way acceptable, and it would equally surprising were he to conclude that the resultant effect of this failure will not have negative implications for adjoining Districts, who by and large have already had a serious go at taking significant levels of growth over recent years through undertaking extensive Green Belt reviews in most adjoining Districts. So there is an economic, political and moral case supporting intervention. The Conservatives have a massive majority and they have no chance of winning in London. They have a unique opportunity to land a significant blow on the issue of the day: affordable family homes for Londoners. Robert, it’s over to you… 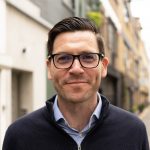 James Waterhouse Director,Planning
END_OF_DOCUMENT_TOKEN_TO_BE_REPLACED
We use cookies on our website to give you the most relevant experience by remembering your preferences and repeat visits. By clicking “Accept”, you consent to the use of ALL the cookies.
In case of sale of your personal information, you may opt out by using the link Do not sell my personal information.
Cookie settingsACCEPT
Manage consent